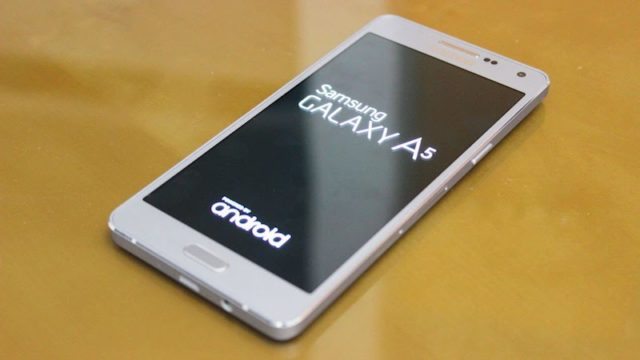 Samsung Galaxy A5 is the product of a South Korea-based multinational company, which was founded on March 1, 1938, by Lee Byung-chu at Daegu, South Korea.

In January 2017, Samsung released two flagships like phones Samsung Galaxy A5and A7 as the newest member of the A-series smartphone. I call these phones flagship like devices because they are mid-range phones with the specification of Flagship phones. Although these two phones were released simultaneously; and look so much alike they are different. 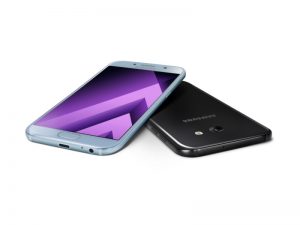 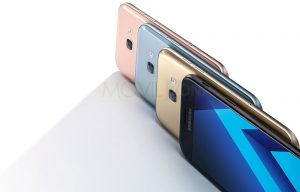 Samsung Galaxy A5(2017) Review, Specification, and Price in Nigeria

I wonder why Samsung produced phones with this particular name with different features. Appearing first in 2014 towards the end of the year and later 2016 pushing in some new features and finally now in 2017 with even greater features.

Samsung Galaxy A5 (2017)is one of the two latest A series device, though when the first A series device was launched in 2015 we thought it was only for an experiment  on how metal phones are going to look like because it was the first metal smartphone Samsung designed, or just experiment for the S-Series.

A5 (2017) is a strong device packed with great and eye-catching specifications filling up the specification that is only seen in a flagship device, this A5 device has surpassed its predecessor in so many ways. Samsung makes sure this A7 looks so much like the 2016 flagship phone “Samsung Galaxy S7” but don’t be confuse and deceive they are different. Likewise, the A7 and A5 looks so much alike just that the A7 comes with a bigger screen. 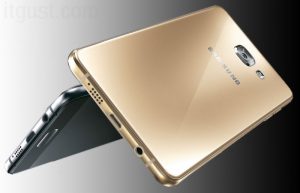 Samsung A5 is a robust metal and curved-glass device which features a 5.2-inch display screen with a resolution of 1080 pixels by 1920 pixel and 146.1 x 71.4 x 7.9 mm dimensions making it feel pleasant in the hand and to the eyes. With bezel-less design being the new trend in Smartphones, this phone boasts a thin groove and slim bezels and the screen are protected by a Corning Gorilla Glass with a fingerprint Sensor for quick access to the phone and the same time for protection. This smartphone weighs 157g feeling as light as an eyelid.

Samsung Galaxy A5 is a slightly Curved 5.2 device and the first mid-range phone to feature a Super AMOLED display smartphone with Full HD resolution of 1080 pixels by 1920 pixel resulting in a pixel density of 424 ppi. This alluring device measures 146.1 x 71.4 x 7.9 mm, and display colour up to 16 million which gives the device a vibrant colour and bright display. Samsung also enhances the Samsung Galaxy A5 just like its twin with its new feature which is found in all Samsung A series smartphone, the   Always On Display (AOD) feature which is very handy to get notifications, check time, date and battery percentage without unlocking your device time and again. 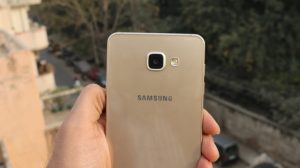 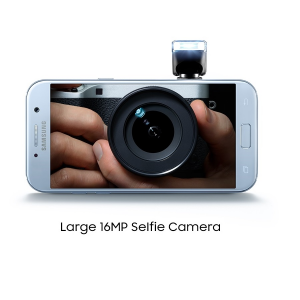 As Samsung has a very good record when it comes to phone cameras, Galaxy A5 is not left out in the list of Samsung good work, it features a 16-megapixel camera with an aperture of f/1.9, autofocus and a LED flash on the back and a 16-megapixel f/1.9 camera on the front for a perfect selfie picture.

Samsung Galaxy A7 uses a new mid-range processor that is much more powerful than its predecessor, the smartphone is powered by Exynos 7880, an eight-core chipset of Samsung’s own development and also offers Octa-core 1.9 GHz Cortex A53 and graphics of Mali-T830 MP3 which helps produces an optimum performance with less power consumption and more which helps the device to work very fast.

Samsung Galaxy A5(2017) runs on the android 6.0 Marshmallow and also sports the new Samsung Grace UX, instead of the Samsung Touch-wiz, however, the Grace UX  is simpler, clearer and also uses softer colors and slightly smaller, rounded icons making it easier on the eyes and colourful in every right sense.

Samsung Galaxy A5 comes with a 3GB RAM and packs 32GB of internal storage, which is expandable up to 256 thanks to the return of the microSD card, giving it an upper hand over some other Samsung product even the last year S flagship device S6 and S6 Edge, the storage can be expanded up to 256GB via a microSD card which is enough to store any document. 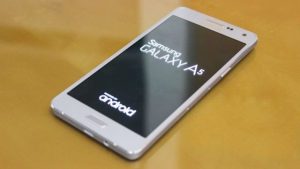 Though when it comes to battery Samsung is still on the run they are yet to reach their destination, even at that Samsung still reduced the A5 (2017) battery by 600 from that of its twin Samsung A7 (2017) but still, the A5 (2017) is able to sustain their user up for at least 12 hours before it is been charge. This smartphone is powered by a non-removable 3,000 mAh battery however, thanks to the processor and OS the phone does not drains the battery life fast.

Where To Buy Samsung Galaxy A5(2017) In Nigeria

Looking for where to buy Samsung Galaxy A5 (2017) in Nigeria? It is very simple and stress-free, to avoid buying the refurbished product, the best option and the smartest move is to order from an online shopping store. The best online shopping website to buy your Samsung Galaxy A5 (2017) is Kara.com.ng. where you can order your preferred series at the best selling price in Nigeria and also enjoy fast delivery to any location in Nigeria.