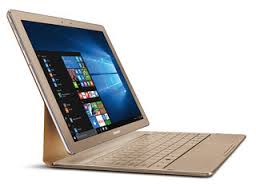 A Tablet That Can Do Everything “Samsung Galaxy Tab3”.

Samsung mobile, the leading Korean mobile company releases a one for all phones Galaxy Tab S3 which is Samsung’s first high-end Android slate with great features over the years. The Galaxy Tab S3 is a replacement of the Galaxy Tab S2, which debuted in the fall of 2015 on the top of the company’s range of Android tablets.
The Galaxy Tab S3 is a fantastic package. It’s equipped with a capable processor, a vivid Super AMOLED display, and a few other subtle hardware features that add to the Tab S3’s premium tablet experience and to crown it all, the S pen which was last seen in Samsung Galaxy Note 10.1 2014 Edition.

Samsung galaxy s3 is apparently a higher version of its predecessor Galaxy tab S2; however, though they look similar they are quite different. The best changes happen around back, where the Tab S3 sports a new Gorilla Glass back panel in either black or silver. It looks and feels better than the rubberized plastic cover of the Tab S2.

The Tab S3’s supports the new HDR10 standard which enhances the colors and contrast of the videos on display. High Dynamic Range (HDR) gives the same 2048 x 1536 Quad HD resolution higher contrast ratios and brighter highlights. This is especially important for taking pictures mostly at night.

The Samsung Galaxy S3 runs on android 7.0 the latest version of Samsung Experience software overlay, making it simple and easy to navigate through all the apps and settings. Samsung Flow makes its Android tablet debut and help transition to and from your Smartphone. It allows you to wirelessly share files, sort through notifications and take calls on the tablet. Cross-linking between a phone and this tablet makes things like receiving phone-siloed SMS text messages less of a pain if you’re already holding a tablet.

Tab S3 comes with a super-sized S Pen stylus for jotting notes or sketching ideas on the tablet’s display. The S Pen does not need a battery or any sort of Bluetooth pairing process to function all needed is to hold the S Pen above the display and the tablet automatically recognizes it is present.

With the press of a button on the side of the S Pen, you can activate Air Commands. A series of round dots are shown, giving you the option to do things such as take a screenshot or create a note. The S-pen is one of the most alluring features of the Tab S3, it comes with many features and handy.

Samsung’s virtual keyboard is good, but there’s a lot to be said about a physical keyboard attached to a device that translates into productivity.

The keyboard is powered by a Pogo connector that pulls double-duty as a means for the keyboard to communicate with the tablet, there is no need to connect with any sort of Bluetooth and battery to operate it.

The Tab S3 has enough juice for 12 hours of video playback and there’s a battery saver mode that can help the Tab S3 battery last longer. It took two hours and 55 minutes to go from 0% to 100%, beating Samsung’s 165 minutes claim by 10 minutes and it charges faster when charged with the Samsung adaptor.

WHERE TO BUY THE LATEST SAMSUNG GALAXY TAB S3 IN NIGERIA

The Samsung mobile surpasses people’s imagination with the great feature that comes with the newly released galaxy tab model. The Galaxy Tab S3 is handily the best Android tablet you can buy. With great offers of performance, productivity, and multimedia capabilities that others cannot match. Its S Pen stylus and the functionality it delivers are also unmatched by any Android rival. Buy you Samsung Galaxy Tab today to enjoy best of the best of Samsung product at the best online shopping website in Nigeria Kara.com.ng at the best price and enjoy our quick delivery policy to any location in Nigeria.