Huawei Mate 10 is a product of the Chinese multinational company, which was founded on 1987 by Ren Zhengfei and built its headquarters at Shenzhen, Guangdong.

The Mate 10  was unveiled at an event in Germany, coming to limelight with its sibling series, giving customers three high-end devices to choose from a regular Mate 10 and a Mate 10 Pro with its corresponding Mate 10 Porsche Design. There is also a Mate 10 Lite in the family, but that was unveiled earlier and didn’t get to share the stage time with its more premium siblings. 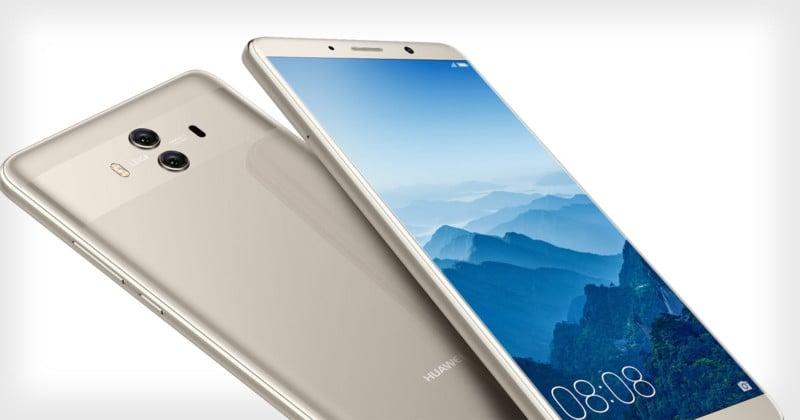 Huawei is the largest mobile company in China and one of the most popular mobile phone companies in the world that have produced many phones of different specifications and price. though their product is tagged as a Chinese phone which is true but not the way people meant it, Huawei is a phone from a Chinese company but that does not make it less functional compare to other phones.

Though it’s not quite long the name Huawei start ringing ball in every house, they have been in the technology business for a very long time ranking the world largest telecommunications equipment maker and with this experience, i believe they will do wonder in the development of mobile phone, which is already happening. 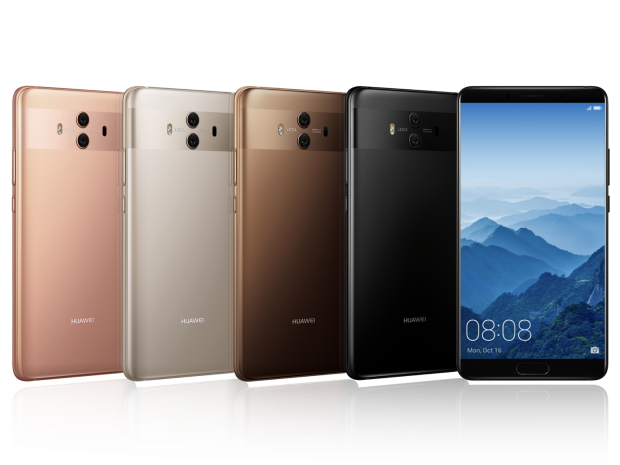 Huawei Mate 10 is the upgraded version of the 2016 Huawei flagsip device  Mate 9. The Mate 10 flagships are the company’s first smartphones to feature the new 10nm Kirin 970 chip, which brings a new processor, faster GPU, and a brand-new NPU (neural-network processing unit).This is just one of the prominent features of the Mate 10 flagship device.

Huawei Mate 10 is the newest and most powerful Mate series phone, equipped with the latest Kirin 970. It features a  conventional 5.9-inch screen size  with a unique body design to sit upon compare to its predecessors, the glass body brings a new shade to the mate series with a fingerprint sensor to accomplish the device, Huawei has made a big effort in cleaning up its EMUI in recent years and this year’s version (8.0) is the company’s leanest and most intuitive yet showing the device truelyhy live up to its promise to stand as a flagship device because it features specification worthy of recognition also at a very pocket-friendly price. showing the device truely 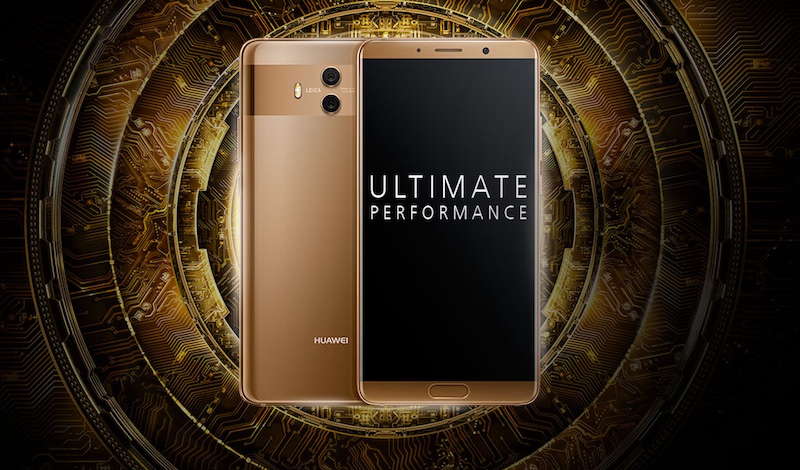 Huawei has moved away from its signature all-metal design. Like most 2017 flagships, these phones opt for a glass front and back around an aluminum frame, the Huawei Mate 10 is a promising flagship device featuring a skinny edges around the screen and a front-positioned fingerprint scanner with a cornilla Gorrilla Glass which sits comfortably on the screen as protector as well as beautifier which gives it a more befitting and appealing appearance and feels worthy of the high-end curve device. Though the device storms a slim body. it still has very slim bezels surrounding the huge display with the physical button is present on the front

Huawei Mate 10 comes with a 5.9-inch display, which is the same as the Mate 9. It offers a 16:9 aspect ratio and an LCD panel but it does increase its resolution from Full HD found on the Mate 9 to 2560 x 1440. it offer HDR10 compatibility for high dynamic range content sourced from the likes of Netflix and deliver 730-nits brightness. Though the device  feels very wide in the hand, but the combination of a huge, standard aspect ratio screen with slim bezels lends a distinctive heft. 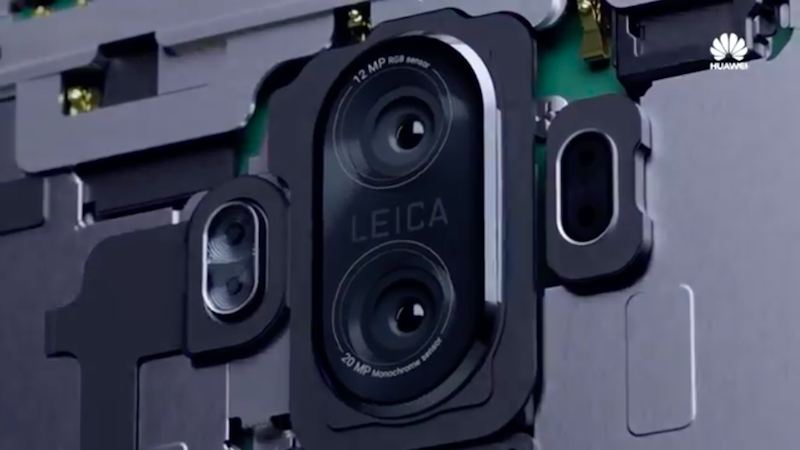 The Huawei Mate 10  features the same camera that comes with the mate 9, this is however a stepback, i was expecting a more captivating camera, it comes with a a Leica co-developed dual-lens camera with a 20mp monochrome sensor and a 12mp RGB . f/2.2 aperture lens,  OIS, 2x zoom phase detection & laser autofocus, dual-LED (dual tone) flash coupled with colour sensor is paired with an optically stabilised f/1.6 27mm equivalent lens, while the monochrome sensor is paired with the same lens minus any optical stabilisation.There is also a 4-in-1 Hybrid Focus system comprising laser, depth, contrast and phase detection and autofocus is said to be fast, while scene detection is enhanced by machine learning while at the front we have a 8-megapixel front-facing camera with a f/2.0 aperture.

The biggest upgrade for Huawei this year is the Kirin 970 chip, developed in-house at the company’s HiSilicon semiconductor arm. The Kirin 970 includes what Huawei is calling an NPU (neural processing unit), which is designed to handle tasks related to AI and deep learning. The Al is to reduce the phone’s performance degradation over time, which the company has identified as a major problem with Android devices in general. The NPU performs these functions.

To crown it all the Kirin 970 uses an octa-core configuration made up of four high-performance Cortex A73 2.36 GHz cores and four energy-efficient Cortex A53 cores that clock in at 1.8 GHz. Along with an i7 co-processor, the SoC features the world’s first Mali-G72 MP12 GPU.

The Huawei Mate 10 comes with the company’s own EMUI ROM and runs on Android OS version 8.0 Oreo which is the latest, fastest and a user-friendly Android version which helps sustain the battery capacity of the device as well as the operation and it also includes practical features such as an integrated Avast virus scanner.Oreo features v Picture-in-Picture mode, app shortcuts, smart text selection and notification dots – oddly called badge app icons – are on board. Others are absent, like the adaptive icons and the swipe-up app drawer on the Pixel. The default setting is still an app drawer-less home screen layout, but you can change that in settings.

The Huawei Mate 10 has a 4GB of RAM and 64GB of internal storage which can be expanded using a microSD card (up to 256GB).

Huawei Mate 10 is also powered by  4000 Li-Po Non- removable battery like the Mate 9  and feature Huawei’s SuperCharge and USB Type-C which helps keep users busy for at least 13 hours for watching videos and surfing the internet without having to plug it in every seconds and thanks to the OS and processor the device does not drain the battery.

Where To Buy Huawei Mate 10 In Nigeria

Looking for where to buy Huawei Mate 10 in Nigeria? It is very simple and stress-free, to avoid buying the refurbished product, the best option and the smartest move is to order from an online shopping store. The best online shopping website to buy your Huawei Mate1 0 is Kara.com.ng. where you can order your preferred series at the best selling price in Nigeria and also enjoy fast delivery to any location in Nigeria. 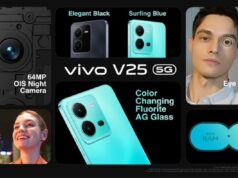