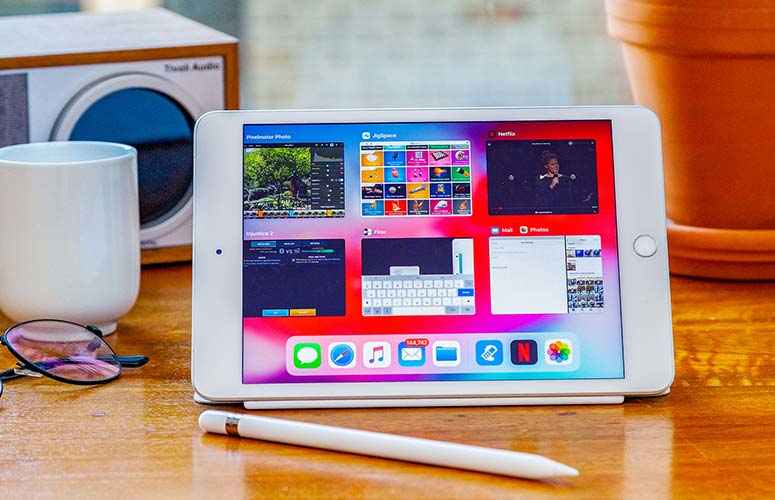 Apple has announced a successor to the long forgotten Apple iPad Air and Ipad mini. Apple quietly launched the iPad Air (2019) on 18 Mar 2019. Just in time to meet up to its yearly iPad released date.

From Onlookers, the Apple iPad Air 2019 is a repackaged version of the iPad Pro (2017) but, with a lot of internal specs upgrade.

According to our review, the new iPad Air, which comes in Gold, Silver, and Space Gray has a 10.5-inch display and works with the first-generation Apple Pencil and Smart Keyboard. It’s also powered by an A12 Bionic chip and weighs just one pound, which means it’ll be super easy to carry around at any time.

Unlike earlier original iPad air models, this year’s Air was designed to make a few of the iPad Pro’s features more accessible.

At first view the new Apple iPad Air does not really change compare to the old Apple iPad Air. It has little in common with the old models, of course, it shares a name with. It has a bigger, 10.5-inch screen and a body carried over from an earlier iPad Pro. It’s Apple’s thinnest non-Pro iPad at 6.1mm, also weighing just 456g. The body of iPad is made out front glass and aluminum frame. Hence the premium look and feel.

It features the traditional lightning port which is quite a set back compare to the trending USB-C, coupled with just two speakers here at the bottom of the tablet. The iPad have build fingerprint sensor (front mounted) for the primary security.

Apple iPad Air (2019) Display comes with 10.5 inches IPS LCD capacitive touchscreen with a resolution of 1668×2224 Pixels density resulting to 265PPI per density. This is the first iPad Air with a 10.5-inch Retina display and thinner bezels.

This new deice sports a 78.3% screen-to-body ratio, hence, the little bezel on the screen. The screen is covered with a cratch-resistant glass, an oleophobic coating. The screen is pressed right up against the front glass which really lets the colors pop.

iPad Air uses Apple’s True Tone display technology that monitors the ambient light in an environment and adjusts the colour temperature of the screen to make things easier on the eyes. It also supports (P3) wide colour display ranges and is nearly 20% brighter than the Air 2.

The Touch ID was added to the Home button, and the slimmer frame meant that the 9.7in display was laminated, removing the slight air gap that had appeared on previous models. Generally, the iPad Air 2 was heralded as a true refinement of the tablet genre at that time.

Apart from the screen, the biggest thing the Air has going for it (over the mini and standard iPads, anyway) is the Smart Connector wedged into its left side. This is the first time Apple has built one of these into a non-Pro iPad, and for most people, it basically just means you can magnetically attach a keyboard.

As a tablet the iPad Air takes respectable photos but not comparable to high end smartphones. The rear camera captures 8MP photos with an f/2.4 aperture, the same as the entry-level iPad 9.7, which is quite disappointing. There is also a 7Mp f/2.2 Front Facetime camera that captures 1080p @ 30fps video quality.

This Apple mobile phone comes with the company chipset. Hence, It support Apple’s custom A12 Bionic chipset, the same powerful System-on-a-Chip inside the iPhone XS and iPhone XS Max. Among tablets, it’s only bested by the iPad Pro 11 and iPad Pro 12.9, which has the A12X Bionic chipset, the best mobile chip on the market. The iPad comes with the Wi Fi model and Cellular model.

The iPad Air runs iOS 12 which helps make navigating Apple’s ‘computer’ easier. Thanks to the iOS it’s rather easy to pop two supported apps into Split View and drag text across.

Compare to the previous iOS, the iOS 12 comes with a redesigned Apple News app, deeper battery life stats, Screen Time (iPad usage numbers ideal for parents who let their kids borrow the iPad), and compatibility with

Apple has massively made an upgrade on their Keyboard, the company introduced a Smart Keyboard for the iPad Air (2019). Unlike, the Bluetooth enabled keyboards seen on the last model.

This is the cheapest iPad with Apple’s Smart Connector, which magnetically fastens the fabric tri-fold keyboard cover to the bottom (in landscape) of the tablet.

The iPad Air 2019 sports a strong massive battery that can last up to 24hours of heavy usage. The best news is that this is the first iPad Air with fast charging.