Home Accessories The drone buyer’s guide: Everything you need to know to choose a... 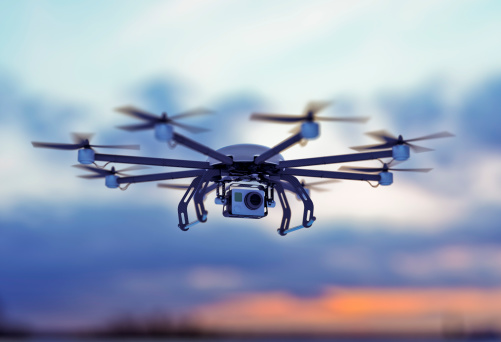 A drone is an aircraft without any human pilot, crew or passengers on board. UAVs are a component of an unmanned aircraft system (UAS), which include adding a ground-based controller and a system of communications with the UAV. The flight of UAVs may operate under remote control by a human operator, as remotely-piloted aircraft (RPA), or with various degrees of autonomy, such as autopilot assistance, up to fully autonomous aircraft that have no provision for human intervention.

Why buying a drone makes sense for every business

Drones are being used across various industries to help companies save money, improve safety, and enhance the efficiency of their operations.

Farmers use drones to collect data on their crops and then use that data to improve their yields.

Drones are being used in the chemicals industry to improve indoor inspections. This is done by taking the place of inspectors in collecting visual data inside large assets used in chemical processes.

One of the main ways drones are helping conservation efforts is by providing detailed vegetation maps to help track forestry work and water mapping to better understand how water moves through an area. Drones have also been invented that shoot out seeds from the air, which could help reforestation efforts in places that have been clear cut.

Mapping and surveying construction sites can be quite slow when done by walking a site. Drones help speed up these efforts, allowing construction companies to provide real-time maps of progress and surveys that can help them both plan for projects and improve projects that are underway, leading to significant savings.

drone delivery has yet to be rolled out at a large scale anywhere in the world. But, it does present a major contribution for commercial drones.

For years now, high-end drones have been used to capture aerial shots for movies. This device is used instead of helicopters, which are more expensive and cumbersome to work with.

Mining companies are turning to tough indoor drones like the Elios 2 to help them create maps of their mines. These maps lead to improved safety and can also help companies locate ore that might otherwise be lost.

Indoor drones like the Elios 2 are making a big impact in Oil & Gas by providing inspectors with a tool for collecting high-quality visual data inside assets crucial to the oil refining process, such as tanks and FCC units. and risers.

In power generation, indoor drones are also helping inspectors to access areas that would otherwise be difficult to reach. Drones can also help keep inspectors from the harm presented by radiation at nuclear power plants by taking the place of inspectors in collecting visual data of key assets like boilers.

Law enforcement, fire departments, and search and rescue have all adopted drones over the last several years. Police use drones to help them get better situational awareness and to map densely populated areas, firefighters use drones to collect thermal data that can pinpoint where they should focus their efforts, and search and rescue personnel are using both thermal and visual sensors on drones to help find people missing in the wilderness.

Indoor drones have been helping to enter sewage to collect visual data that can be used to identify the source of a problem. It can also be used to evaluate the condition of the infrastructure as part of the regular maintenance process. Learn more about sewer inspection in our in-depth guide.

5 key factors to consider when buying a drone

Material Used for the drone

Drones can be expensive, and the more money you spend on a machine, the longer you’re going to want it to last. Cheaper drones are usually made from plastic. While this material is cheap and light, it’s not always durable. If you’re trying to keep costs down, at least look for ABS plastic, which is tougher than regular plastic.

Alternatively, fibreglass and carbon fibre drones are much more resilient. They are also much more expensive. Think of it as an investment. If you’re going to be using your drone a lot, the extra cost may be worth it.

As a general rule, the further your drone can fly from the transmitter, the better. Cheap drones may have a range of only 30 meters or so, whereas more expensive models can travel for miles without losing contact with the transmitter. If you’re interested in using a drone for photography or videography, the range becomes particularly important, since a longer range will allow the drone to reach places a human simply couldn’t. If, on the other hand, you’re just planning to fly for fun somewhere where you can keep the machine insight, a long-range may not be as important to you.

Unlike passenger aircraft, drones don’t carry huge reserves of fuel, which means they can’t stay in the air for long. A drone’s battery limits how long it can fly for, a 20 to 30 minutes of flying time is fairly typical. Budget is always an issue when making any purchase decision, but you should look for the drone that gives you the highest flight time and lowest wait for the battery to charge so that you can fly again.

But no matter how long the flight time is on your drone, it’s a good idea to purchase some extra batteries and keep them charged when you go out flying. That way, when your drone does run out of power, you can simply swap the battery and double your flight time.

For many drone users, the whole point of the machine is to get a camera into the air. For this reason, most drones either come with a camera of their own or the ability to mount an external camera. Although the added weight will reduce the flight time, it’s worth it for the amazing images and videos which you can capture with the drone that would otherwise be impossible to get.

If the drone you are considering comes with its own camera, you have a few more issues to consider. Check out the camera specifications, paying attention to shutter speed, frame rate, aperture, and image stabilization. All of these factors will affect the quality of the photos you can take.

A live video feed of your drone is an extraordinarily useful thing to have. Not only does it allow you to see when you’re in a position to capture a stunning aerial image, but it effectively lets you see through the drone’s eyes as if you are right there with it. This makes flying the drone both easier and safer.

When shopping for a drone with a built-in camera, look for one that can transmit a live feed either to an LCD screen built into the transmitter or to your smartphone/ tablet. And if you choose a drone with a camera mount, make sure that any camera you use has the same capability to transmit a live feed. While live feed capability may add a bit of cost to any drone, it’s a feature well worth having.

Availability of Spare Parts of the drone

Anyone who’s owned a car will be familiar with the concept of spare parts. As a general rule, the more popular the drone, the more widely available spare parts will be. Make no mistake; you’ll need spare parts. Machines wear out through use, and even a relatively minor crash can damage parts of your drone.

Choosing a device that has spare parts readily available will reduce the cost of ownership and ensure that your drone spends more time in the air and less time in the shop. It might even be a good idea to purchase a few spare parts at the same time as you get your drone so that you have them when you need them. Some of the most important spare parts include propellers, landing gear, motors, batteries, and controllers.

Buy your drone from a reliable source in Nigeria here 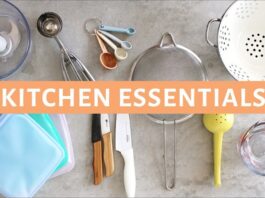 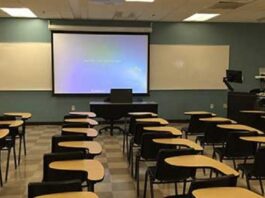 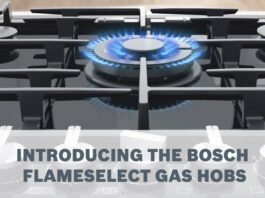