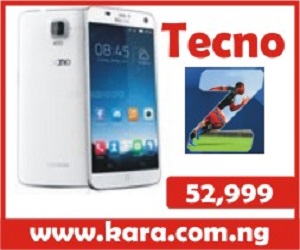 Tecno mobile is taking an advancement into the market by giving consumers what they seems to be asking for. Tecno Phantom Z is the new Tecno Mobile answer to the various shouts of their customers on making something unique that can meet up with some other advanced smartphones in the market.

Tecno Phantom Z when unveiled from various advert medium, it is expected to come with 6.0” display screen and the processors is what shocked most people, Tecno is storming the market with Octa Core processor.

Tecno Phantom Z will have between 2,500mAh to 40000mAh battery capacity and the back camera will be bigger than what we usually see in Tecno phones. Tecno Phantom Z is going to be bigger with its spec than Tecno R7 which is the biggest Tecno phone in the market at present.

Like most other Tecno phone in the market, Tecno Phantom Z is going to make be as pocket friendly as possible at least when compared to products in its category from other smartphone makers. Tecno phantom Z is now available in the market and it is sold for 56,000 at www.kara.com.ng

Watch the Advert on Tecno Phantom Z Specs and Features