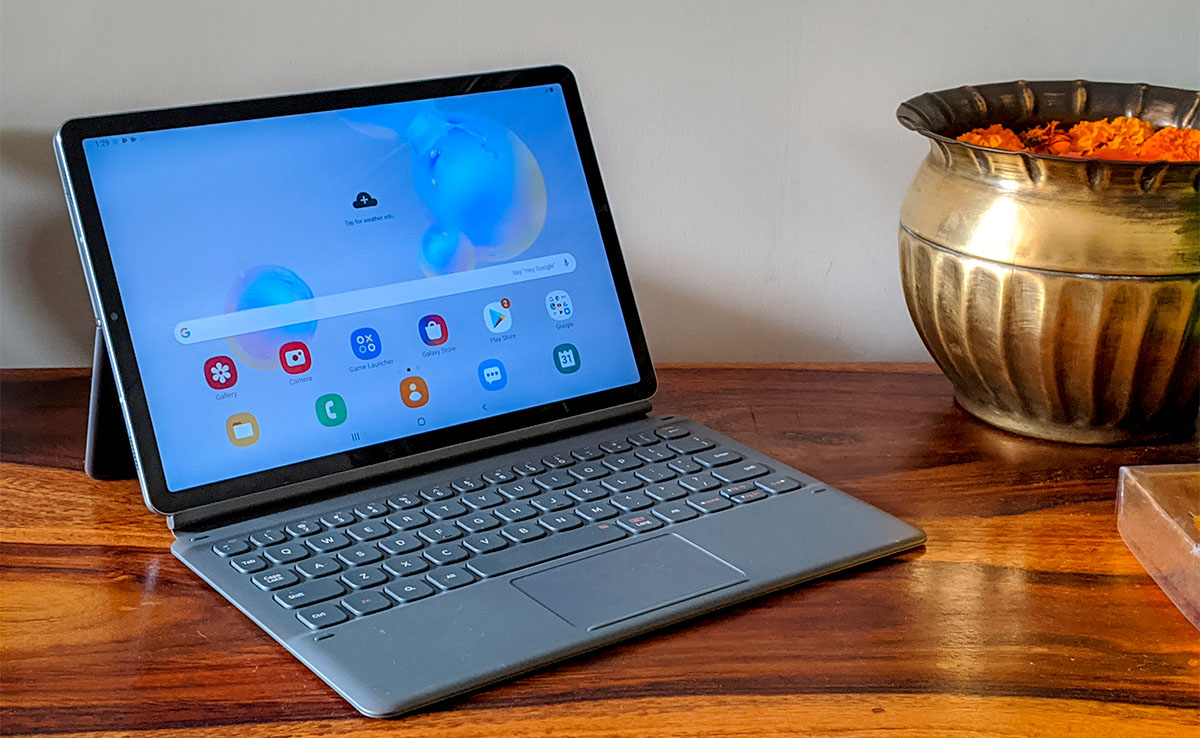 Samsung Galaxy Tab S6 is the company latest tablet like laptop device. This ultra-slim 2-in-1 device performs like a laptop with the mobility of a tablet. The Galaxy Tab S6 offers top-of-the-line specifications that compete directly with the iPad Pro.

The Tab S6 is main key point is the “tablet mobility and PC power.” According to Samsung during the presentation of the tablet “Nobody’s quite cracked the nut when it comes to tablet 2-in-1 productivity.” Thus this shows how much effort has been put into the making of the tablet to enhance smooth productivity and efficiency.

The Galaxy Tab S6 is a 2-in-1 tablet that’s evenly split between tablet mode and PC mode, with the DeX you can either connect your tablet with Samsung’s sold-separately keyboard case or any Bluetooth keyboard and mouse to transform your tablet into a PC, which means It can be used exactly like a laptop computer. 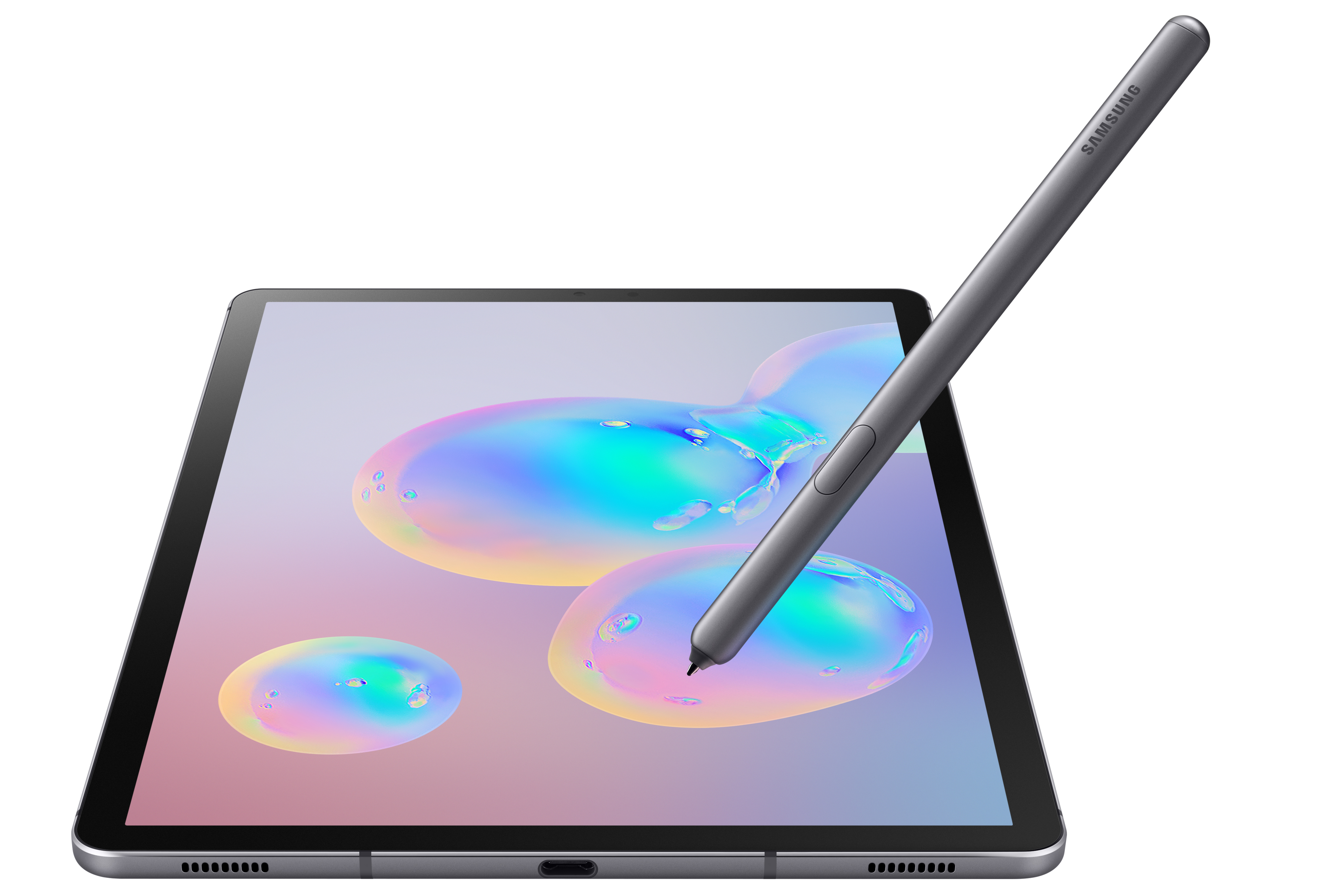 The Galaxy Tab S6 features a sleek, metal unibody  design. This light-weighted tablet sports a slim bezels around the 10.5-inch screen. Although, the tablet still follows closely on the design of its previous devices, however, the slim, sleek body differentiate them.

The back of the tablet is made of metal with the company’s logo positioned at the center with a dual camera setup at the top left side. Samsung galaxy Tab S6 also comes with rounded edges around  the phone for better grip and premium feel.

The power and volume buttons can be found on the right (or top, depending on how you’re holding it) edge of the tablet. On the opposite end, the tablet has a proprietary magnetic connector to help you easily clip on the keyboard folio case without any hassle. Towards the bottom, the tablet features a USB Type-C port for charging and data which is flanked by speaker grills on both sides. 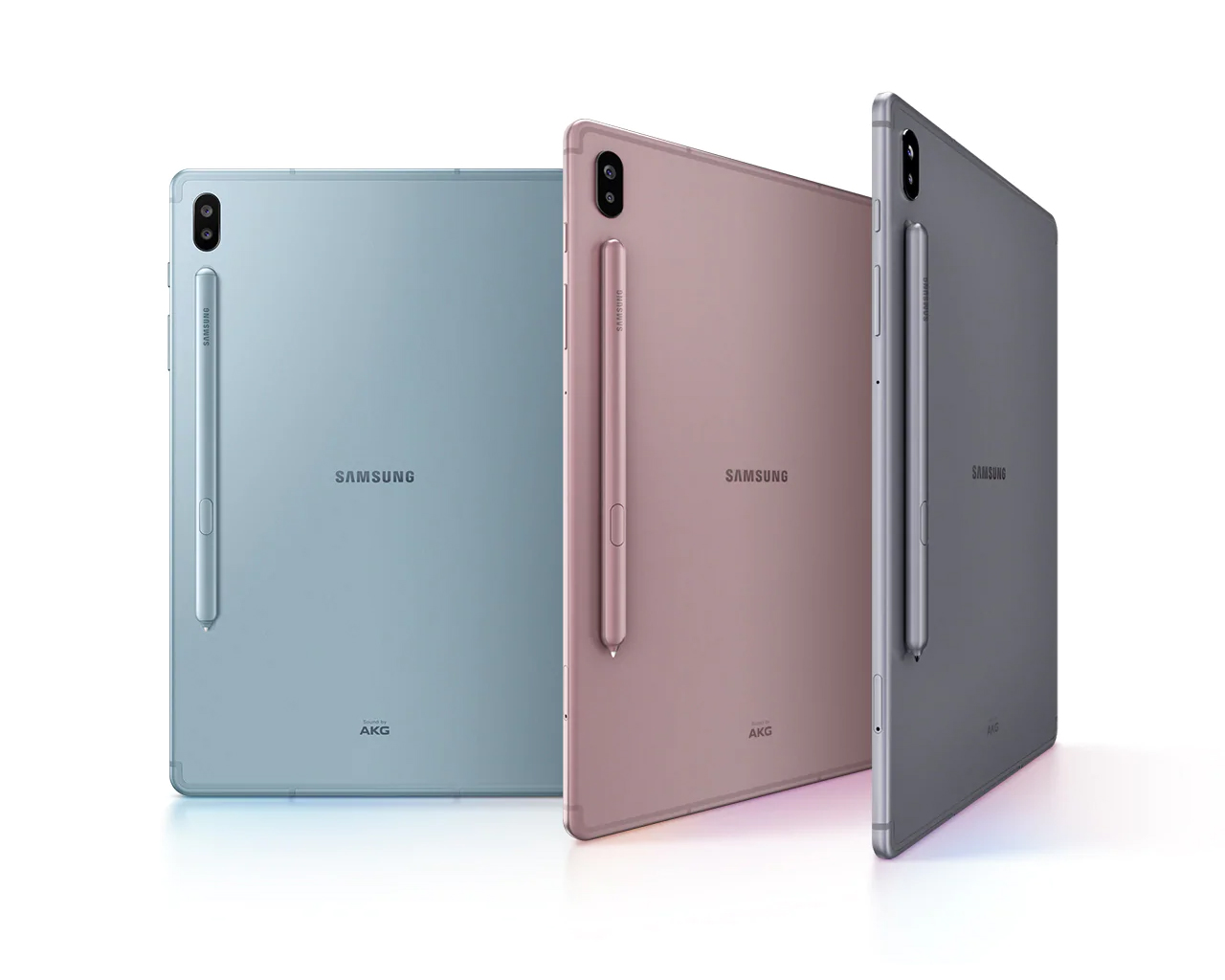 This new Samsung Tablet sports a 10.5-inch Super AMOLED display (2560×1600) screen size with a 16:10 aspect ratio, the tablet, however, surpasses Apple’s tablet design with a bezel-reduced display. The bezels are much slimmer even than Samsung’s prior Android tablets, which means there’s no longer a home button. Thus, you unlock your tablet with the iris scanner integrated into the front-facing camera.

This tablet also spots screen-to-body ratio of 82.5%  thus, allowing for an almost  full view display experience. It enables you to Split the view with just a click to use apps like Gallery, Email and Samsung Notes simultaneously that share the screen at the size you choose so you can work the way you want. There’s HDR10+ support too, so if you watch HDR movies you’ll benefit from the added contrast.

Likewise, the fingerprint sensor hides under the display, although, its not using the ultrasonic technology found on the Galaxy Note 10 Plus, instead the optical technology sensor is quite functional.

The new tablet focuses on improving productivity and entertainment, with multitasking DeX mobile desktop software built in and a refined stylus Pen. The Samsung’s DeX helps transforms the user experience into a desktop PC-like environment. It is built directly into the tablet’s software. “We can support up to 20 windows open simultaneously,” said one of Samsung’s executives during the product briefing.

The Stylus pen which lets you take notes or create sketches more easily. This time around, the S Pen has a rounded design that makes it more comfortable to hold.

The Galaxy Tab S6 features a dual-camera setup on the back consisting of a 13MP f/2.0 primary camera and a 5MP f/2.2 ultra-wide camera. and at the front sits a a single 8MP f/2.0 selfie shooter front camera. It can record 4K UHD video at 30fps. 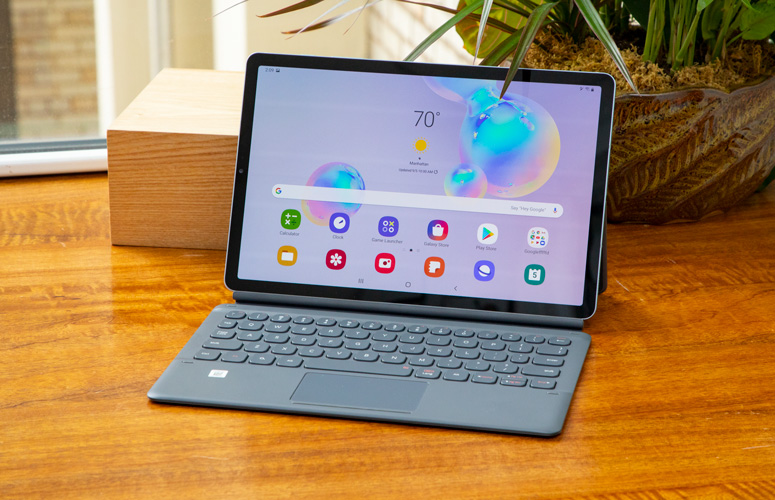 Under the hood,  the tablet is powered by the Qualcomm Snapdragon 855 chipset supported by an 2.8Ghz Octa-core processor and Adreno 640 graphics card for the best gaming experience. To backup the performance is a 6GB of RAM and 128GB internal storage which can be expanded via the microSD card slot up to or 1TB of internal storage for multi-tasking.

The Tab S6 features the latest Android 9.0 (Pie) interface as well as a One UI desktop interface which puts a real taskbar at the bottom of the screen, and organizes apps like you’d sort files on a desktop. From top-left aligned by default with apps for Photos, Document and so forth which makes the tablet looks exactly like a PC desktop interface.

The Galaxy Tab S6 comes with support for the Google Assistant out of the box, which is particularly excellent news since it means Samsung’s choosing to not promote Bixby, its (not-as-good) personal assistant. In theory, the Google Assistant’s excellent voice recognition coupled with far-field microphone hardware means you should be able to shout at your tablet from across the room.

The Galaxy Tab S6 is powered by a massive 7,040mAh battery with support for Fast Charging. Samsung packs in a 15W charger in the box which takes about two hours to charge the tablet back up to 100%. 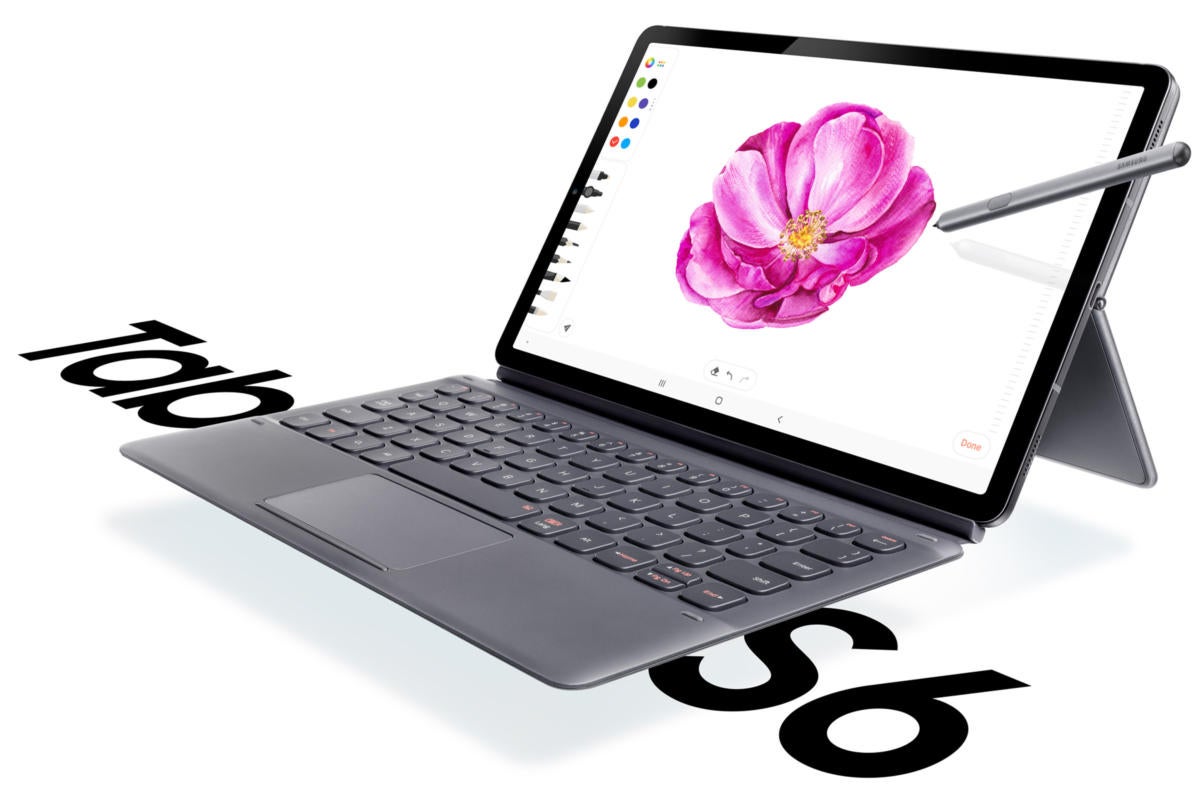 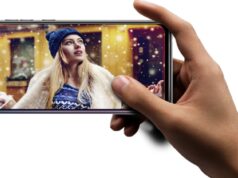