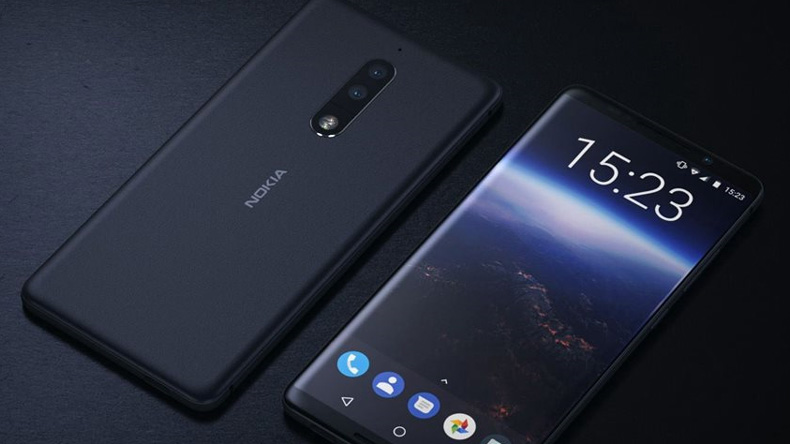 The Nokia X6  also known as Nokia 6.1 plus was recently announced, packing a high-end design, a notch (which is a first for Nokia) and a solid assortment of specs.

This is yet another appealing device by the Finnish multinational company with a heart- capturing and competitive features. This device was announced after the launch of the  Nokia 7 Plus which was released in March (2018). Nokia has been one of the leading giants in the telecommunication company known for producing one of the best Mobile phones in the mobile market. it is therefore expected that the Newly Released Nokia 7 Plus will be nothing but a big Plus to the company’s image and good name.

Nokia 6.1 plus is built with a metal frame giving it a premium look. Featuring a 5.8-inch  IPS Full HD display with rounded corners on the screen, 19:9 aspect ratio and a Corning Gorilla Glass 3 protective layer. The device has a minimized bezels on the top and bottom which sit perfectly on the palm giving a good feel. The front of the Nokia X6 will be featuring 95 percent screen,  the notch houses the frontal imaging piece and a microphone.

The  Nokia X6 is coupled with good viewing angles, and the device offers decent outdoor legibility. The device display screen sports a resolution of 2280 x 1080 coupled with the 19.9 screen ratio which allows you can split the screen of your device and open two 1:1 windows for streaming and at the same time chatting with a gentle tap. The 6.1 plus measures a dimension of 147.2 x 71 x 8 mm and weighs 153g.

The Nokia X6  features a dual rear camera setup with a primary 16-megapixel sensor and a secondary 5-megapixel monochrome sensor, sporting a f/2.0 aperture and 1-micron pixels. On the front, it offers a 16-megapixel camera with the same f/2.0 aperture and 1-micron pixel sensor. The company is touting the presence of AI features for improved photography (with features such as optimised colour contrast, depth of field and portrait lighting effects, as well face recognition), as well as HDR support. It also offers the Bothie feature, letting users utilize both front and rear cameras simultaneously. It also supports Face Unlock which another trending feature in the mobile market.

Nokia X6 is powered by a powerful chipset, so, you can expect smooth and seamless performance on the Nokia X6 as the smartphone is loaded with Octa-core Qualcomm SDM636 Snapdragon 636 chipset which clocks at 1.8GHz combined with an Adreno 509 GPU which helps produce an optimum performance with less power consumption and also helps perform very fast. The phone also promises lag-free performance while playing games or working on multiple apps at the same time.

Nokia X6 runs on the latest  Android 8.1 Oreo which is the latest and fastest Android OS.

Nokia X6 comes with 4GB RAM and internal memory storage of 64GB  which can be increased to up to 256GB if you want more space through the use of microSD card, which is enough to save documents as well as download videos and music. Nokia X6 is powered by a Non- removable 3060 Li-Ion battery which can keep the user busy for at least 13 hours for watching videos and surfing the internet and thanks to the OS and processor the device does not drain the battery fast.

Full Specification of Nokia 6.1 Plus (X6)

Where To Buy Nokia X6 In Nigeria.

In case you will love to buy a smartphone of great features and at the same time pocket-friendly, Nokia X6 is the phone for you. Get yours as soon as it’s out in the market, however for convenience and quality buy it from an online shopping store.

The best website to visit to buy your Nokia X6 is Kara.com.ng  where you will enjoy fast delivery to your location in Nigeria within 24 hours to 48 hours, good customer support and ability to choose any mode of payment for your goods.