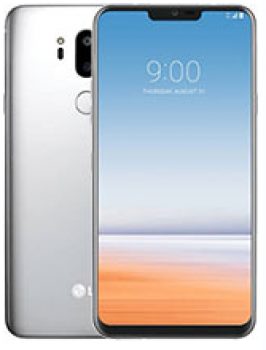 LG G7 Thinq is a product of the South Korean multinational electronics company, which was founded in October 1958 by Koo In-Hwoi and built its headquarters at Yeongdeungpo District, Seoul, in South Korea.

Though LG is very popular for their Electrical Home Appliances product they are also one of the G5 (Great 5)  in the Mobile market. LG Electronics has Produced a wide range of smartphones and tablet devices in different series e.g the X-series, V-Series, K-Series, G-Series to mention but few all these mobile phones are equipped with the best and trending specification all at the best possible price.

Presently, the entire mobile industry is going through a funk and LG is no exception. Despite releasing a few great devices in the past couple of years, LG has struggled to keep up with richer and more aggressive rivals. The result is visible in a money-losing streak that now extends over 12 quarters.

Launching today, the new LG G7 ThinQ has a few cool tricks up its sleeve, including a super bright display, “Boombox” sound, and camera features designed for low-light conditions.

The LG G7 ThinQ is a strong flagship phone that delivers all the essentials you may want in 2018.  This Smartphone is one of the best Smartphones ever produced by LG featuring an eye-catching design and great Trending specifications in the mobile market. The G series has always remained the heartbeat of the LG mobility from its inception in 2013 as a flagship device it has always undergone different upgrade on yearly basis given the LG customers a new thing to look up to.

LG G7 ThinQ is LG’s new flagship phone for 2018. The G7 is both a sequel to the G6 and a minor revision of the V30. The phone packed all of the things premium smartphones need in 2018: good looks, large screen, a Snapdragon 845 processor, Android Oreo, AI, wireless charging, IP68 water resistance and a dual camera. This 6.1-inch phone has an ‘optional’ notch at the top of the display and takes on the AI-focused ThinQ name along with an AI button on the side.

The LG G7 ThinQ looks like the G6 with a smaller chin and larger all-screen display that measures 6.1 inches coupled with 18:9 OLED screens, ultra-slim bezels, wireless charging, and an assistant experience that was way ahead of Siri. The G7 ThinQ has a stylish glass body with a  metal frame that takes on the same vibrant hue as the back glass, causing a little bit of a colour outline to be visible even when looking at the display.

This 6.1-Inches chamfered edges flagship device is designed to surpass its predecessor. It also offers  IP68 certified for water and dust resistance,  enough to prevent dust and water damage (it supposed to survive at least up to 1.5m under water for 30 minutes).

This LG 2018 Flagship device features a notched 6.1″ LCD display with super-wide 19.5:9 aspect that LG refers to as a Full Vision. ThinQ would be extra bright, this is as a result of the increase in the nits to 1000, which is more than you will need in most situations outside of bright sunshine. Though this might not be useful at night, however, for people who spend a lot of time in the sun, it may be a blessing.

According to LG, the high brightness was made possible by the use of an LCD panel incorporating white pixels. This MLCD+ panel is said to be more battery friendly than other LCD panels. As some analysts pointed out in the past, it’s also cheaper than the OLED panels that have become the norm on 2018 flagship phones. G7 ThinQ comes with a resolution of 3120 x 1440 pixel resolution resulting in a pixel density of 563 ppi per pixel density and display colour up to 16 million which gives the device a colourful and bright display.

The G7 features a notch, but LG calls it a second screen and claims this is an enhanced version of the second screen from the V10 and V20. But no matter the name, the notch simply means a means of splitting the top of the screen. It fits the usual notification icons, status items, the clock and network bars.

LG G7 ThinQ camera has also had an upgrade. The rear camera has been improved upon sporting a dual Sony IMX351 sensors. A 16-megapixel, f/1.6 (OIS) 77-degree main and 16-megapixel f/f1.9, 107-degree secondary sensors are visible on the phone’s rear. On the front, the handset gets an 8-megapixel wide-angle sensor with f/1.9 aperture and 80-degree lens.

The camera is not only good on the hardware, viewing it from the inward attribute LG built a suite of software features that look quite compelling. First up, there’s portrait mode both on the back and the front. On the back, that lovely blurred background effect is achieved using “active alignment” of the two cameras. Both cameras come with a Dual Led Flash.

The LG G7 is powered by the Snapdragon 845 chipset with an octa-core Kryo processor, Adreno 630 GPU, and 6 gigs of RAM. While that’s not an achievement, it’s a welcome improvement and we are glad LG managed to strike a deal with Qualcomm. This latest chip means the G7 will benefit from all the latest innovations when it comes to graphics, modem and LTE speeds, battery charging, and, of course, AI. It also helps produces an optimum performance with less power consumption & more which helps the device to work very fast.

LG G7 ThinQ runs on the latest Android v.8.1 Oreo. LG’s own UX is the default launcher and it comes with its own take on the skin, settings, and default apps. The AI Pack 2.0 is onboard powered by Google’s Assistant. This Android version is the latest, fastest and a user-friendly Android version which helps sustain the battery capacity of the device as well as the operation.

LG G7 ThinQ comes in two variant which consists of a 4GB RAM which packs a 64GB of internal storage while the second variant comes in 6GB RAM and 128 of Internal storage. These two variants, however, can be expanded up to 256GB through the use of microSD card, which is enough to save documents as well as download videos and music.

The G7 ThinQ is powered by 3000 mAh Li-Po non-removable which is smaller compared to the G6.  However, this inbuilt battery will last for at least 18 hours with watching videos and surfing the internet, thanks to the OS and processor the device does not drain the battery fast. it also has QuickCharge 3.0 and wireless charging to boot.

The LG G7 ThinQ also has one large speaker it calls the Boombox Speaker. It’s a chamber spanning the entire phone that’s supposed to provide louder audio and deeper bass.

Where To Buy LG G7 In Nigeria

Looking for where to buy LG G7 ThinQ in Nigeria? It is very simple and stress-free, to avoid buying the refurbished product, the best option and the smartest move is to order from an online shopping store. The best online shopping website to buy your LG G7 ThinQ is Kara.com.ng. where you can order your preferred series at the best selling price in Nigeria and also enjoy fast delivery to any location in Nigeria.