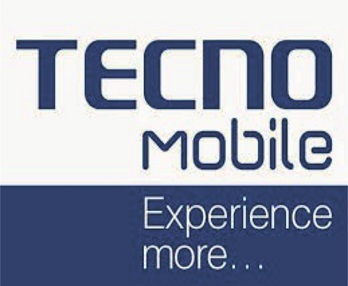 Have you come across Tecno android devices, one of the best cell phone in Nigeria? I only got to know about it last year that Tecno has caused a major shift of preference among Nigerian Android users, at least for those who want a new Android Smartphone without breaking the bank. At the moment, I do not know of any phone companies that can offer a 3G BRAND NEW ANDROID device for less than N15,000 with an 8GB SD card included except Tecno mobile that sells the cheapest android phone in Nigeria.

This cheap phones are not merely cute for their sizes and prices, they also have a few pleasant surprises in their functionality; they are the cheapest android  phone in Nigeria but  possess many surprise packages such as  dual sim devices and some of them have 3G (one sim will get 3G connectivity while the other will get 2G connectivity). Take for instance, the Tecno Phantom A, also known as F7. It offers specs similar to the galaxy S3 for less than half the price! If Tecno keeps up this trend, it would seem that Tecno has come to rule the Android world in Nigeria. But, apart from Tecno phones there are other durable cheap android phone in www.kara.com.ng

If you are new to the world of Smartphone’ you may be hearing the word “apps” being slung around a bunch, but not getting a lot of information on what they are exactly and how to get them. I am pleased to help you through your first steps towards enjoying what is probably the most important part of owning a smartphone.

What is an application?

The word “app” is short for “application”. Applications (or programs, as they’re better known on computers) are created by programmers to fulfill specific tasks, In order to use apps, you have to install and store them on the devices you use, though many apps are installed on your phone before you buy it. Apps are built to run on certain types of devices. For example, you can’t install an app made for iPhone on an Android device, and vice versa. Most apps you have to explicitly launch to use, but sometimes apps run quietly in the background and spring to life under certain circumstances. As users, we can interact with apps in a couple of ways, including typing in text, tapping icons and menu items, swiping our finger through them, and even speaking to them.

Sometimes developers charge money for the ability to install an app on your device, while sometimes they give the app away for free and rely on other forms of revenue. This can include running advertisements within their app, or limiting functions to premium versions of the same app. Developers will often update the app they have for sale in order to make them run more stably or introduce new features. Getting those new features requires users to download the app again, which typically happens quietly in the background and results in no lost information associated with the app.

How do I get Android apps?

The best place to get Android apps for Tecno android phone and other android phone is the Play Store. Google sells apps here, along with other content like books and movies. You can easily create Google account if you don’t have one. Google account is set up to associated with your Play Store purchases. Remember that once you purchase or download an app, you can download it again at a later date if you want, so don’t worry about deleting it or wanting to use it elsewhere. You’ll need to provide credit card or other payment information if you want to purchase apps, though there are plenty of free options out there. There are other sources for Android apps, such as the Amazon Appstore and the Humble Bundle, but stick to the Play Store for now. And you have to be sure you are buying original android phones that came from trusted store. One of those stores is kara.com.ng, they have been tested and trusted.

Steps to open the Play Store.

When you get to Google Play, you can search for a specific app or browse through larger categories.

For more advice on how to get new applications on your Smartphone’s Kindly log on to www.kara.com.ng