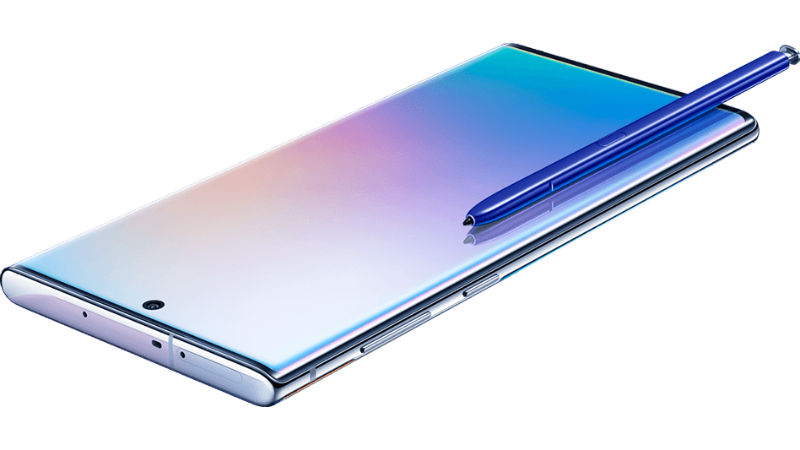 Overview of the Samsung Galaxy Note 10

The new Samsung galaxy Note 10 comes storming flagship devices worthwhile specifications. Samsung trimmed off some things to make this handset lighter and slimmer than the Note 9, including the headphone jack.

The Note 10 has a regular phablet display with a few upgrades under the hood and in the camera department compared to the standard model. Samsung has designed the mobile phone so users can enjoy an experience that’s like a computer, a gaming console, a movie-tech camera. The Galaxy Note 10+ also sports an intelligent S pen which helps to properly edit your video. 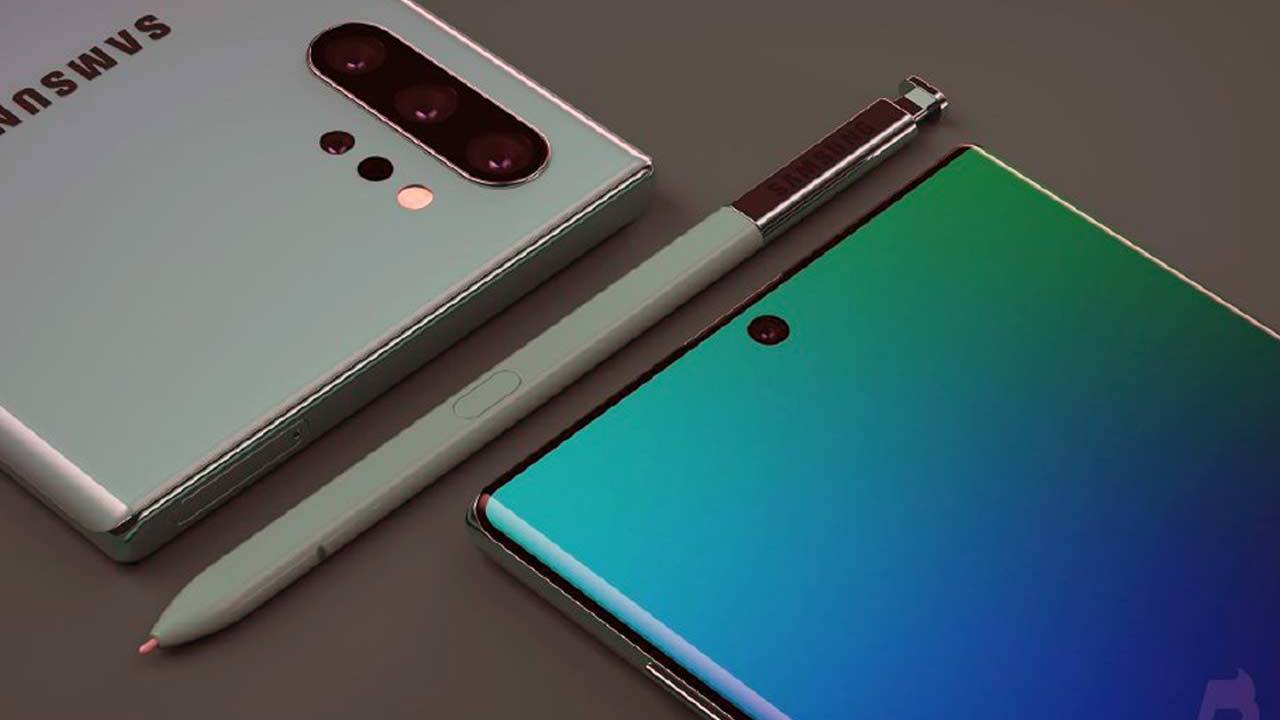 At first glance, the Samsung Galaxy Note 10 looks just like the galaxy Note 10 plus. It features a robust sleek body design with rounded edges on its rear it sits comfortably in the hand. The Back of the device is made of glass with a metal frame along the sides. According to Samsung, its sleek smooth curves and glossy glass design have been engineered to offer improved durability. Likewise, for comfortable grip for maximum usability, without compromising on style, hence, giving it a premium feel.

On the bottom edge you’ll find a USB-C connector alongside the slot for the S Pen, while on the right-hand edge are the volume rocker and power button.

Featuring Dynamic AMOLED panel with QHD+ resolution of 1080 x 2280 pixel resulting to 401 PPi per density. Samsung Note 10 measures a dimension of 151 x 71.8 x 7.9 mm, hence, the pleasant feel and firm grip. It has Corning Gorilla Glass that protects your phone against scratches and drops.

Samsung features notchless Infinity-O-Display on the phone which accommodates the front camera, hence, no room bezel around the edges.

Samsung Galaxy Note 10 display has been downgraded compare to the Note 9 featured 6.4-inch. However, the biggest design change compared to other Samsung phones is the introduction of a full-screen display with a punch-hole cutout for the front-facing camera at the top-center of the screen.

The Note 10 features a 6.3-inch Dynamic AMOLED display. It sports a  1080p+ resolution (401ppi) and support HDR10+ and Dynamic Tone Mapping for great image quality regardless of content.

This 6.3 inches device comes with 19:9 aspect ratio which helps delivers a very good viewing experience.  The Galaxy Note 10 screen stretch up to 90.9% from screen-to-body. There is also a display color up to 16 million which gives the device a colorful and bright display. It comes with under display fingerprint scanner.

Samsung also enhanced the Galaxy Note 10 with one of its major feature found on all Samsung premium devices. The Always On Display (AOD) helps get notifications, check time, date and battery percentage without unlocking your device time over time. The main camera features a 12MP sensor, optical image stabilization (OIS) and a dual aperture (f/1.5 and f/2.4). There’s also a telephoto camera with a 12MP sensor and OIS, plus a 123° ultra wide-angle 16MP camera.

Samsung claims the camera is enhanced with Super Steady mode as well as Live Focus for Video which can best be summarized as Portrait mode for videos.

Unlike the S10 phones, the screens of the Galaxy Note 10 duo have centered punch holes for the 10MP selfie camera (with an 80° lens and autofocus).

Under the hood, like the Note 10 Plus, the regular Note 10 is powered by Samsung’s newly announced Exynos 9825 and Qualcomm SDM855 Snapdragon 855 chipset for USA and China range. It is supported by an Octa-core CPU that features 1 cores clocked at 2.7.3GHz, 3 cores clocked at 2.4GHz and 4 cores clocked at 1.9GHz . For the device graphics, Adreno 640 controls the duty by helping to produces and optimize performance with less power consumption.

Samsung HyperFast 5G chip and powerful 7nm processor lets you download files, live game, and stream content, even in the busiest of places.

The Samsung Galaxy Note 10 comes with a 8GB RAM across the board coupled with 256GB built-in storage which can not be expandable, hence, it lack the microSD card. Samsung says this is to help keep the size of the device down.

The Galaxy Note stylus pen has new features that make it even more useful than its predecessor. The unibody S Pen has a standby time of 10 hours. It now comes with an accelerometer and a gyroscope so it can be used as a motion controller. to help you navigate the UI at a distance. The Bluetooth Low Energy inside the phone allows you to use the pen like a remote.

It also sport feature called Air Actions which means by pressing and holding the button the S Pen and moving around the stylus, you can trigger certain actions within apps. Samsung says the Air action SDK will be open to third-party developers, which means developers will be able to integrate this functionality into their own apps.

Air Doodle is another new feature, allowing you to draw wigs, mustaches, and more on people in the camera’s frame. Through the use of algorithms, the Note 10 can map these drawings on top of people through the viewfinder in real-time.

Samsung says it has also made it easier to select handwritten notes and convert them to text, as well as export them to a variety of formats like Microsoft Word, PDF, plain text, or image. You can also select handwritten text and change parts of its to a different colour or change the width of the pen stroke.

The new S-Pen supports 5 native remote control functions out of the box, including single, double press, horizontal/vertical gesture and rotate, which are actually customizable. 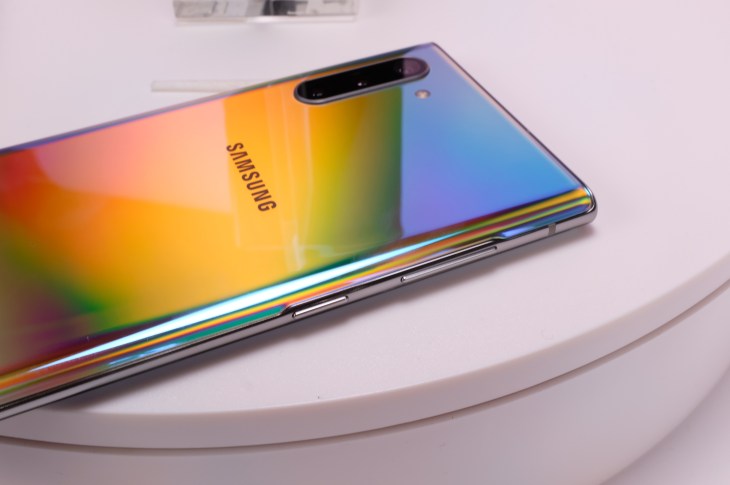 Samsung Galaxy Note 10 runs on the Android 9.0 (Pie) with One-UI on top. Android Pie is google latest OS version which is a fast and user-friendly. In addition to the Os version, it also sports the Samsung Experience One-UI interface.

This Samsung phone is powered by 3500mAh battery Li-Ion Non- removable battery and supports by a 25W Super Fast Charging. Samsung says that you only need 30 minutes of charge to last you through the day. The phone also support Wireless charging which fasten the charging time to 15W.

The phone is expected to keep users busy for at least 8 hours of videos watching and surfing the internet. Thanks to the OS and processor the device does not drain the battery fast.