Home theater technology has steadily improved over the last decade, bringing high-end entertainment electronics within reach of a larger and larger number of people. You may have noticed the steadily dropping prices and improved quality of plasma and LCD HDTVs. Although it hasn’t seen as much publicity, home theater projector home theater technology has also progressed. If you are trying to decide between a high-definition television and a home theater projector, use this comparison guide to help you evaluate the advantages of each.

Where to Buy projector and big screen tv

Buy your projector and  big screen tv on www.kara.com.ng

Although flat panel LCD and plasma HDTVs are worlds smaller than their tube TV predecessors, they still aren’t as thin as the paper-thin projector screens. Projector screens can be rolled up and stored until they are pulled down for use. However, the projector still needs to be located somewhere in front of the screen, usually mounted on the ceiling or in a special cabinet in the back of the room. A plasma or LCD HDTV takes up only the space it requires in an entertainment center or when mounted to a wall.

HDTVs have fixed screen sizes. A projector image size can be adjusted with the distance of the projector from the screen and the type of lens being used. The maximum resolution for both technologies is fixed. A 1080p plasma or LCD HDTV has a maximum resolution of 1920 pixels wide by 1080 pixels tall. Projector resolutions range from 800 by 600 pixels up to 2048 by 1536 pixels, and the price increases accordingly.

The lifespan of a plasma, LCD HDTV or home theater projector depends on the light source used. LCD and plasma TVs use backlighting lamps to pass light through their color media. The lamps degrade over time and can only be replaced in certain models. Generally, LCD and plasma HDTVs have a lifespan of around 60,000 hours. That type of longevity is only found in very high-end home theater projector light sources. Typical lamp life is around 2,000 hours for most projectors, and they must be properly cooled between uses to extend lamp life. The best way to preserve a projector is to leave the unit on after use, with the fan going but the lamp turned off.

Projectors vary when it comes to brightness and contrast ratio. The lighting conditions in your home theater room will affect how bright the projected image will appear. With the lights dimmed, you should have a great picture with nearly any projector. Brightness is measured in lumens. Projector images of 1000-2000 lumens require a darkened room, and projector images of 2000-3000 lumens work better for larger, brighter rooms. Plasma and LCD HDTVs are a bit more forgiving. Because plasma and LCD screens emit light rather than reflecting it like a projector screen, they are easier to see under brighter lighting conditions. Contrast ratio is a measure of brightness difference between the blackest black and the whitest white that can be displayed. Contrast ratios vary widely in both projectors and HDTVs. The higher the contrast ratio, the wider the color range the device can display. Manufacturers use different data to calculate contrast ratio, so be aware that you’re comparing similar ratios.

You will get most of the presentations Gadgets on www.kara.com.ng at affordable price 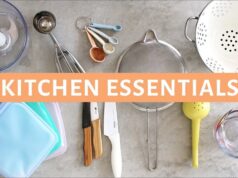 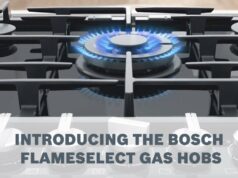 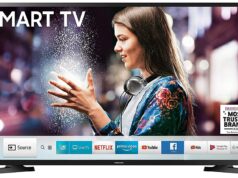