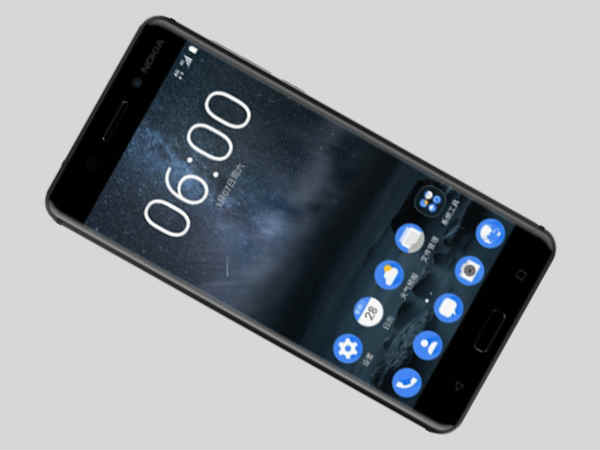 The Finnish multinational company is back finally with a heart- capturing and competitive device the NOKIA 3,5 and 6. Nokia has been one of the leading giants in the telecommunication company for some time now, though, the mobile company lost their track in the race of mobile giants but finally, it has risen from the fall to take back its position as one of the best Mobile phone in the mobile market.

For decades, Nokia phones have stood for beautifully crafted design and excellent features and now they released their best smartphones ever in 2017 the NOKIA 3,5 and 6.

Although the Nokia 3,5 and 6 have been launched in China early this year, however, now with grand entry, it has been properly launched globally as one of the best mobiles ever release with alluring,well-crafted design.

Nokia 6 is the current top mobile in its newly released lineup of 3 with a premium build and trending specifications. Nokia 6 is the firm’s come back flagship, nestled at an affordable mid-range price point

Nokia 6 features a  5.5-inch IPS Full HD display with a pixel density of 403ppi, brightness display is 450 units which give a bright and clear display, this screen is protected by Gorilla Glass 2.5 with a dimension of 154 x 75.8 x 7.85mm. The Nokia 6 storm an aluminum build coupled with a super slim, chamfered edges and curved sides which sit perfectly palm giving a good feel. It also comes with a fingerprint sensor at the home button at the front. Nokia 6 run on the latest Android OS version 7.1 Nougat, which is the latest, fastest and a user-friendly Android version and it helps sustain the battery capacity of the device as well as the operation and it also includes practical features such as an integrated Avast virus scanner.

Nokia 6  comes in two series, it comes with a 3GB RAM, 32GB of internal storage and a 4GB RAM, 64GB internal storage which can both be expanded up to 256GB through the use of microSD card, which is enough to save documents as well as download videos and music.

Nokia 6 is powered by a Non- removable 3000 Li-Ion battery which can keep the user busy for at least 13 hours for watching videos and surfing the internet and thanks to the OS and processor the device does not drain the battery fast.