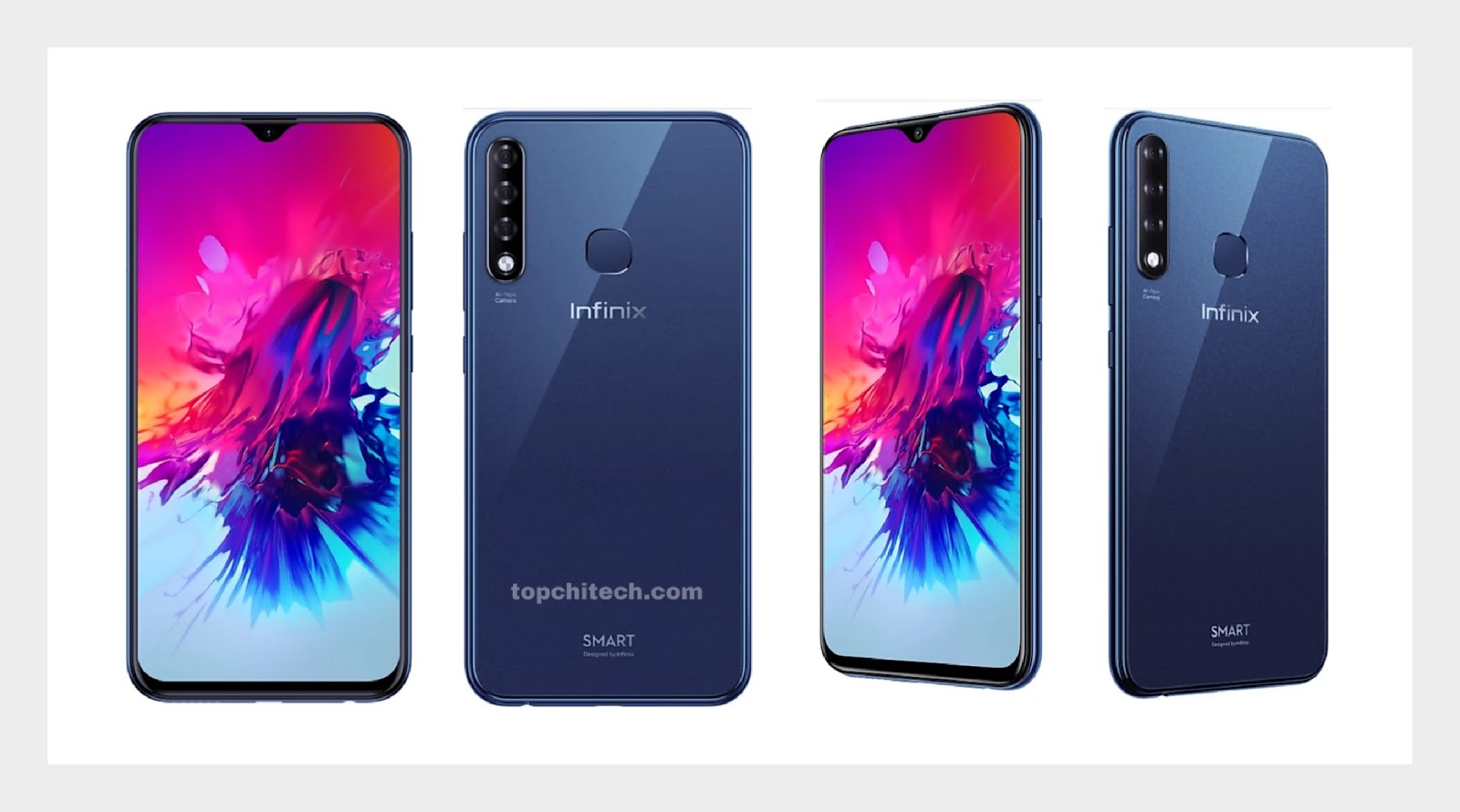 This mid-range device feature appealing design and an all-day battery life. To meet up with the latest trend Infinix mobility skipped the Infinix Smart 3 and started with the Smart 3 Plus. The smartphone comes with a notch and great specs still the phone is under the budget.

Infinix Smart 3 Plus Specs and Features

Infinix Smart 3 Plus comes with a plastic body and a notch at the top of the display along with a dual rear camera. This display is called the water drop Infinity-O display. The punch hole is a trend in the mobile industry, it is seen even on Samsung Galaxy phones.

The screen has less amount of bezels on the sides having the minimal part of it. Although the body is made mainly made of plastic, it still has some metal touch to it. Under the smartphone is a 3.5mm audio jack, speaker grille, and USB-C port.

There is a fingerprint sensor at the back of the phone. It is positioned right beside the triple camera setup and a led light sensor.

The Infinix Smart 3 Plus sports a triple rear camera setup. This comprises of a 13MP camera with an f/2.0 aperture, as well as, a 2MP sensor and a third which is QVGA rear camera. Underneath the cameras lie a dual-LED flash for dark environments. Also, the cameras support 1080p videos at 30fps.

The single front-facing camera sitting in the water drop notch is equipped with an AI for better selfies. Smart 3 plus selfie camera features a 8MP sensor and can also shoot 720p videos at 30fps. It can also be used for Face Unlock.

Infinix Smart 3 plus is powered by Mediatek’s Helio A22 SoC, coupled with quad core processors with maximum clock speed of 2.0GHz CPU. The GPU is supported by a PowerVR GE8300 processor. The Smart 3 plus run on the Google’s latest Android pie 9.0 operating system and supported by Infinix’s native XOS (v5.0 HoneyBee).

Infinix Spark 3 plus comes in two variants. There is a 3GB RAM version with 32GB ROM and a 2GB RAM 32GB internal storage model. Both device support expansion with the use of a microSD card.

Infinix Smart 3 Plus is powered by a non- removable 3500 mAh Li-ion Battery. The mobile phone can last for more than 1 day of full usage.