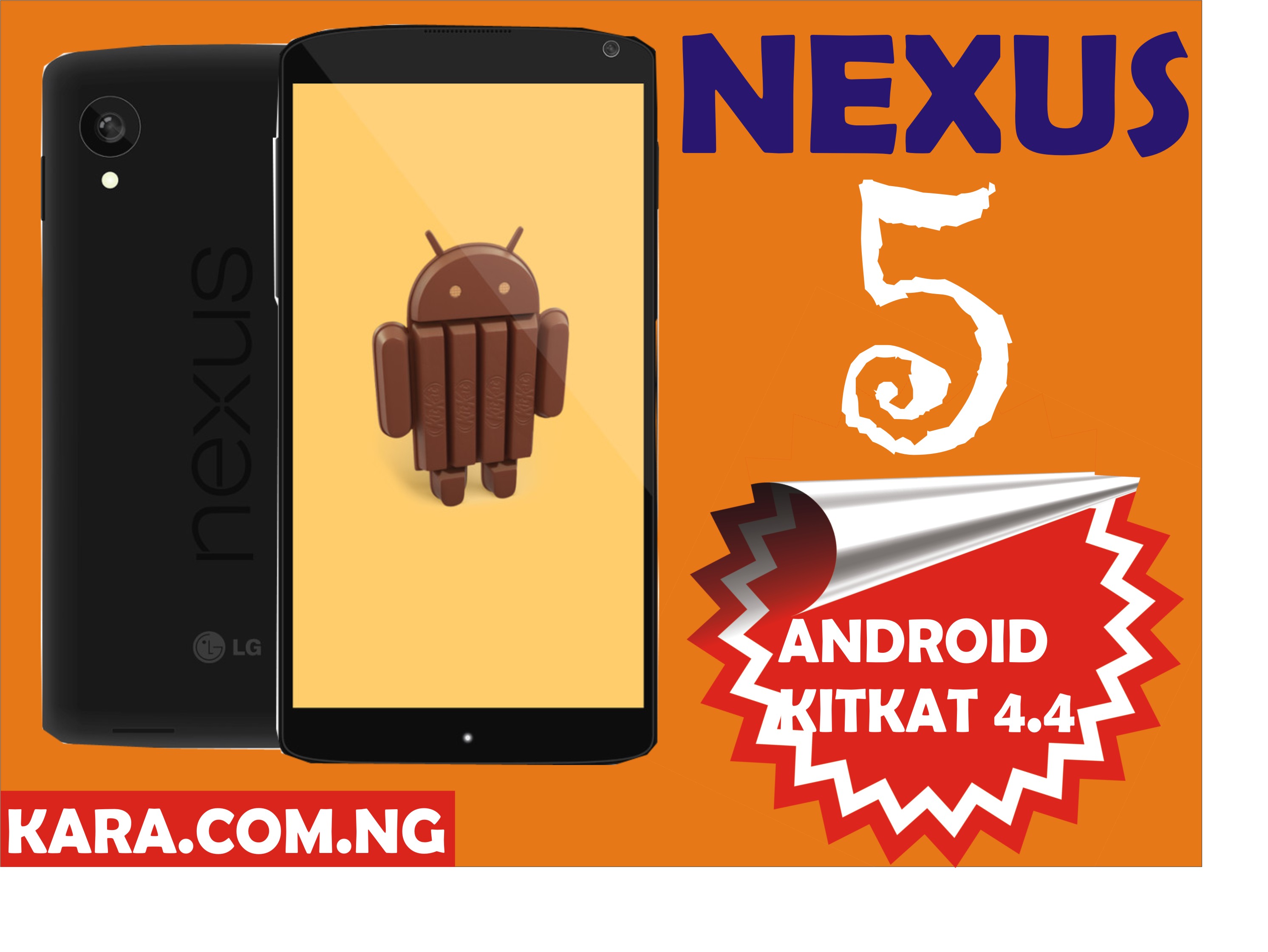 Google has done it again, with the new cheap and powerful Nexus 5 that hit the market recently. The Nexus 5 came at the most expected period with the latest and powerful features of this time. The Nexus 5 will shake the market has it predecessor Nexus 4 did when it arrived last year. Nexus 5 has the potential of struggling with the entire powerful device out there because it is loaded with the latest Kitkat Os, you can’t believe it and above all it is designed with polycarbonate finish.

Nexus 5 has the potentials of making all people who have experience what Nexus 4 is all about see the real deal that Nexus 5 is made of. Apart from the fact that Nexus 5 has 5inches screen which is a little bit larger than Nexus 4, Nexus 5 is also the 5th Nexus phone released by Google. Above all, Nexus 5 is design looks wonderful and beautiful as it comes from that giant designer, LG. The latest design of smartphone from the stable of Nexus 5 when seen is highly comparable to Samsun Galaxy S4. Wow, a cheap phone with configuration of such loaded and beautiful device.

This device, Nexus 5 is fully loaded that it is possible for it to run out of stock after it first lunch in Nigeria as it did in India, when few minute after it was announce on stock, it ran out of store base on the massive demand for the beautiful, latest and wonderful smartphone from the stable of Google.

Nexus 5 like is predecessor has a great design and this time around, LG is the advanced company that showcase their professionalism through this brilliant smartphone. What else do you think you will get from a device that hold Android 4.4 kitkat rather than an advance design. When you see the design of Nexus 5, you may want to compare it with LG G2 and Samsung S4 because this is the category this phone will battle with in the market but a minimal profile and it is as poketable as Nexus 4.

If you have held the Nexus 4 or seen it before, just add 4 mm to it height, 0.4mm to it breath wider and remove 0.5mm from it fatness. Then you have Nexus 5 right in your hand. The display of Nexus 5 is 0.3inches larger then Nexus 4 and it has 71% display of its front compare to 72% display from Samsung Galaxy S4.

When it comes to quality, give it to Nexus 5, even as it was designed by the manufacturer of LG G2, Nexus 5 has an improve quality over LG G2. The plastic design is just like the finish of Lumia phone, what a combination of beautiful piece in design.

SOME SPECIFICATIONS OF NEXUS 5