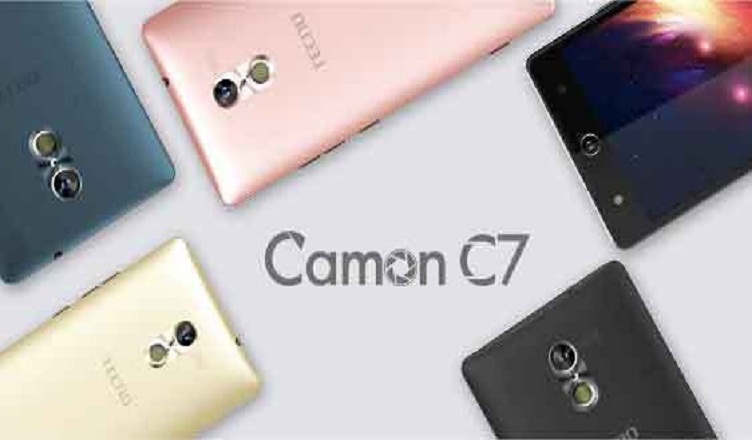 Tecno just did again what they know how to do best, releasing a mini version of one of their best product. Tecno Camon C7 is going to be the latest talk of the town, if you have been thinking Camon C9 is too big for your palm, but the features are cool, here is Camon C7 for you.

Tecno Camon C7 is just almost a carbon copy of camon C9 put in a smaller case. Tecno Camon C7 holds same 13MP for both front and back camera and as you can guess, it is a centrally located back camera. Not only that the rear camera of Camon C9 and C7 are centrally placed at the back, they both have the power and volume button located in the same area.

Tecno Camon C7 is light weight with powerful features for those who still need the great features of Camon C9 without the bigness of the phone. There is no doubt that the wonderful attention that Tecno Camon C9 gained in the market will equally be given to Tecno Camon C7.

Having speak so much about Tecno Camon C7 that has the capacity to break the market, see below at a glance some features of Tecno camon C7.

• 13MP front and back with LED flashlight