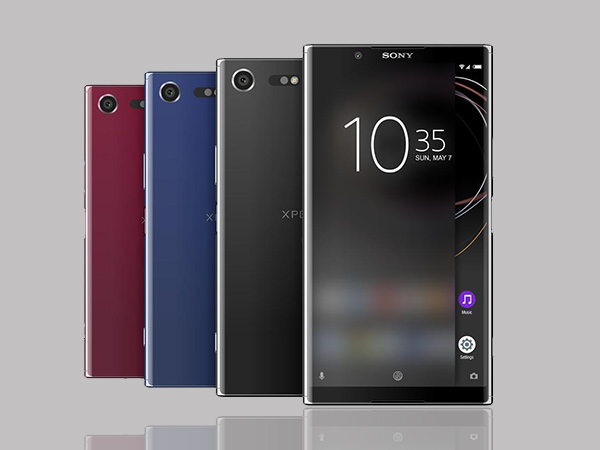 Sony Xperia XZ1 Compact is a product of a Japanise multinational company with its headquarters in Tokyo.

Sony has been known for producing many high-end devices and here again this year, even though- two different phones have been launched from the XZ series, Sony decided to visit the mobile market with a premium device, which came out in two series the Sony Xperia XZ1 and Sony Xperia XZ1 compact. Since the inception of Sony Xperia Z series in  2013,  the Z series has been the leading and one of the best-released smartphone ever produced by Sony. Xperia XZ1 compact was launched alongside the XZ1 as the smaller version with some differences in the design and features between the two handsets.

Sony Xperia XZ1 Compact is made from glass fiber-woven plastic with little metal plates on the top and bottom to make it feel a little more premium unlike the Xperia XZ1 which flaunts a metal body, this angular shaped plastic body actually fits well on the device giving it an appealing look. The Sony Xperia XZ1 compact comes with a shinier, slimmer and better than the  XZ compact. It features a 4.6-inch screen size Triluminos IPS LCD touchscreen display with a slightly curved 2.5D Gorilla Glass to protect the screen from scratch or fall and a dimension of 1129 x 64 x 9.3 mm coupled with a resolution of 720 x 1280 pixels resulting to 319ppi pixel per density and 424g weight.

Xperia XZ1 compact features a 4.6-inch IPS LCD capacitive touchscreen display and also boasts Sony’s Triluminos and X-Reality engine technologies which make the display clearer, brighter and sharper with a screen resolution of 720 x 1280 pixels resulting to 319ppi pixel per density. This alluring 4.6-inch frame boasts a 720p display of 600 nits brightness. The display screen is coated in water which helps improve the usability of the phone, users can now touch the screen of the phone as much as they want without it registering all sorts of touches and taps. Xperia XZ1 compact measures 1129 x 64 x 9.3 mm making the display screen fit in, and display colour up to 16 million which gives the device vibrant colours and bright display.

In addition to this, the XZ1 compact also comes with an IP68 rating water resistance meaning you can rock your phone in the rain, bath even in the pool, this is an added feature to this premium device as almost all flagship device now storm this alluring features. 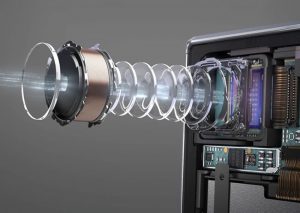 Sony Xperia XZ1 Compact decided to stay with the Motion Eye camera setting with a little upgrade. This  version of the Motion Eye camera which starts buffering images one second before you press the shutter button, meaning you can capture moments before you physically even take a snap, leaving you with up to four images to choose from as well as the Superior Auto mode which makes taking pictures simple and fun with just a minimal effort.

Sony Xperia XZ1 compact run on the latest version of Android, the 8.0 (Oreo)  which is the fastest, bug-free and user-friendly  Android version. The OS gives a very good peace of mind with the help of the newly integrated app permission, a very good app battery usage limitation with a soft way of handling apps that consume battery life.

Sony Xperia XZ1 compact comes with a 4GB RAM  and packs 32GB of internal storage that can be expanded up to 256GB via a microSD card which is enough to store any document.

Sony Xperia XZ1 Compact smartphone is powered by a Non-removable Li-Ion 2700 mAh battery, i was actually expecting a better battery but i am disappointed. However, though this battery is small, thanks to the processor and OS the battery life does not drains fast, at least it spent up to a day.

Where To Buy Sony  Xperia XZ1 Compact In Nigeria.

Looking for where to buy Sony Xperia XZ1 Compactin Nigeria ?. It is very simple and stress-free, to avoid buying the refurbished product, the best option and the smartest move is to order from an online shopping store. The best online shopping website to buy your Sony Xperia XZ1 Compact is Kara.com.ng. where you can order your preferred series at the best selling price in Nigeria and also enjoy fast delivery to any location in Nigeria.