Samsung Galaxy Tab 7.7 was lunched in 2002 and that was the last Samsung AMOLED fronted tablet, however this new plan will make the market tough for Apple Ipad Air which runs 2048 x 1536 resolution. 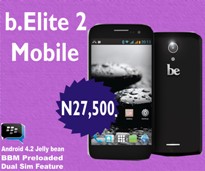 Samsung designed tablet is expected to run the latest Android 4.4.2 kitkat and it should have an option of 16, 32 and 64GB of internal memory. The SM-T800 10.5inches Samsung tablet should have 8 megapixel back camera, 2 megapixel front camera and will last long with fun considering its 7,900mAh battery.

Samsung 10.5 inches SM-T800 should run on quad-core snapdragon processor which assure us of the speed of this device, with 3GB RAM.  The Samsung SM-T800 is expected to be the Wifi version of SM-T801 and SM-T805. Samsung today announced the three Samsung Galaxy Tab 4 slates.

As we await the release  and more leak of Samsung 10.5, we hope it will meet up with the expectation from the rumour.