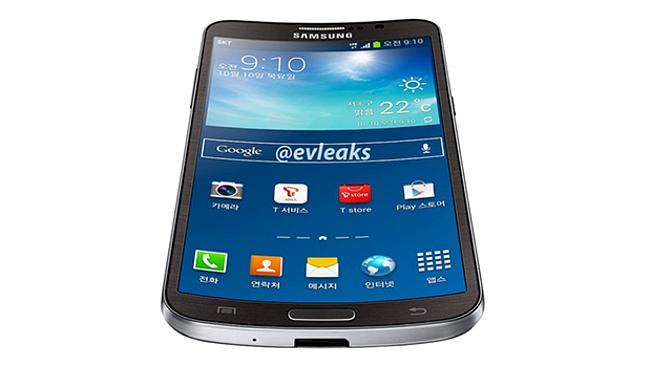 Samsung is betting on it. The company just announced the Galaxy Round – “the world’s first curved display smartphone”.

The announcement comes just hours after pictures of the phone leaked on Tech Crunch earlier today.

According to the company the curved design allows users to access features of the phone even when the screen is turned off.

It also includes integrated “experiences like the Roll Effect, enabling users to check information such as date, time, missed call and battery easily when home screen is off”, the company says.

It also uses something called “the Gravity Effect” allowing users to interact with the screen by tilting the device. Why it needs to be curved to do this, isn’t clear.

Even while your music is playing in the background users can control their tracks by pressing on the left hand side of the device to play the previous song, or fast forward to the next song by pressing to the right.

The Galaxy Round features a massive 5.7 inch Super AMOLED display and weighs 154 grams, and is 7.9mm thin.

It runs on Android’s 4.3 Jelly Bean operating system and boasts a 2.3GHz quad-core processor. It is available in 32GB and 64GB models.

We will keep you posted on when this masterpiece will be available on our store.