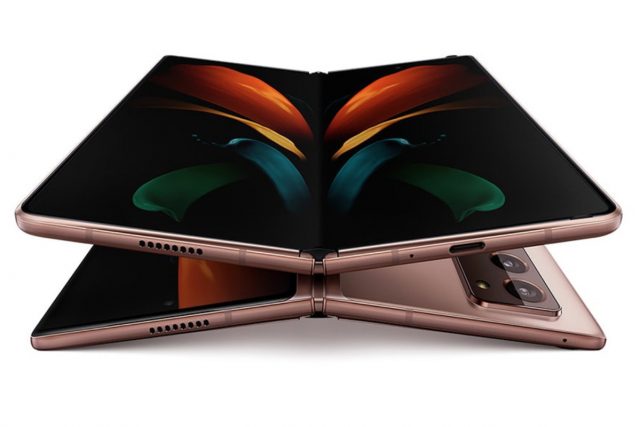 Samsung has finally launched the Galaxy Z Fold 2 on 1 September at Unpacked Part 2. With a bigger screen, stronger hinge, long-lasting battery, improved sensors, and refined engineering, this bendable device aims to “push the boundaries of mobile experiences”, the company said.

“Our journey towards the next generation of mobile devices is full of originality and innovation,” TM Roh, president and head of mobile communications business at Samsung, said during the event that was held online due to the coronavirus pandemic.

“With the launch of the Galaxy Z Fold2, we closely listened to user feedback to ensure we were bringing meaningful improvements to the hardware, while also developing new innovations,” added Mr Roh.

The new Samsung Galaxy Z Fold 2 comes with a 7.6-inch inner display and a full view 6.2-inch cover display instead of the small one on the first Fold phone. The company also revealed that the phone will come with a 120Hz refresh rate, faster processor, newer glass protection, upgraded camera optics, and a 4,500mAh Dual Intelligent Battery with 5G support.

At first glance the Samsung Galaxy Z Fold 2 looks similar to the original Galaxy Fold because the company is maintaining book-style vertical fold design, but with major upgrades and changes where necessary.

Though the Galaxy Z Fold 2 is still inward-folding, Samsung has massively increased the screen size, to 6.2 inches by making the Fold 2 wider, and stretching the screen all the way across the front of the handset.

In addition, the smartphone comes with a newly redesigned screen with a more robust and better functioning hinge mechanism. Samsung is using a new hinge design called sweeper that comes with elastic fibers to keep dust and other particles outside. Samsung has also reduced the thickness and the new hinge allows the device to stand at different angles, thus, increasing the longevity of the device.

At the back, Samsung beautifully arranges three camera lenses as well as an LED flash. Similarly, there is an integrated fingerprint sensor in the power button that sits on the right side of the device when it’s folded and the volume button shifted slightly lower for easy access.

Above all, the Galaxy Z Fold 2 will come in Mystic Bronze and Mystic Black, with a customization options for the hinge.

Samsung Galaxy Fold 2 supports three states: folded, half-folded, and unfolded and along with various display options, this lets you use the Fold as a phone in folded mode, a tablet in unfolded mode, and as a hybrid in half-folded mode.

The main screen has a 7.6-inch QXGA+ Dynamic AMOLED 2x display. Samsung is using Ultra Thin Glass on this display, like the Galaxy Z Flip, though the company has made some further improvements to the display structure. It also supports adaptive refresh rates, from 11-120Hz to suit the content you’re looking at.

This infinite-O-Display comes with a resolution of 2208 x 1768 pixel resulting in 373 PPI which produces display color up to 16 million which gives the device a colorful, clearer, more immersive viewing experience from watching videos to playing games. The Galaxy Fold 2 inner display also has 22.5:18 aspect ratio with a high peak brightness of 1,500nits which is quite useful for displaying HDR10+ content.

Furthermore, the external display comes with a 6.2-inch display that fills the exterior of the Galaxy Z Fold 2. It has a resolution of 2,260 x 816 pixels and 60Hz refresh rate, thus, promising better visuals for all viewing experience and adding to the usability of this phone when it’s closed.

The new foldable phone also features a dual preview that makes the task of clicking images or filming videos easier. In this mode, the cover screen acts like a preview screen, so those being photographed can adjust their pose in real time.

Samsung Galaxy Z Fold 2 will be powered by the Snapdragon 865 Plus processor along with 12GB RAM with 256GB internal storage without any microSD expansion.

The Galaxy Z Fold 2 comes with a massive 4500mAh battery which according to Samsung can easily last for 2 days of usage. It also supports fast charging and it comes bundled with the appropriate 25W charger, which provides faster charging compared to 15W standard fast charger. Using the charger, you will be able to replenish about 51% of its empty battery in half an hour, and it takes 81 minutes for a full charge.

There’s also a separate limited edition version of the phone called the Thom Browne package that’ll be ready to buy on September 25.