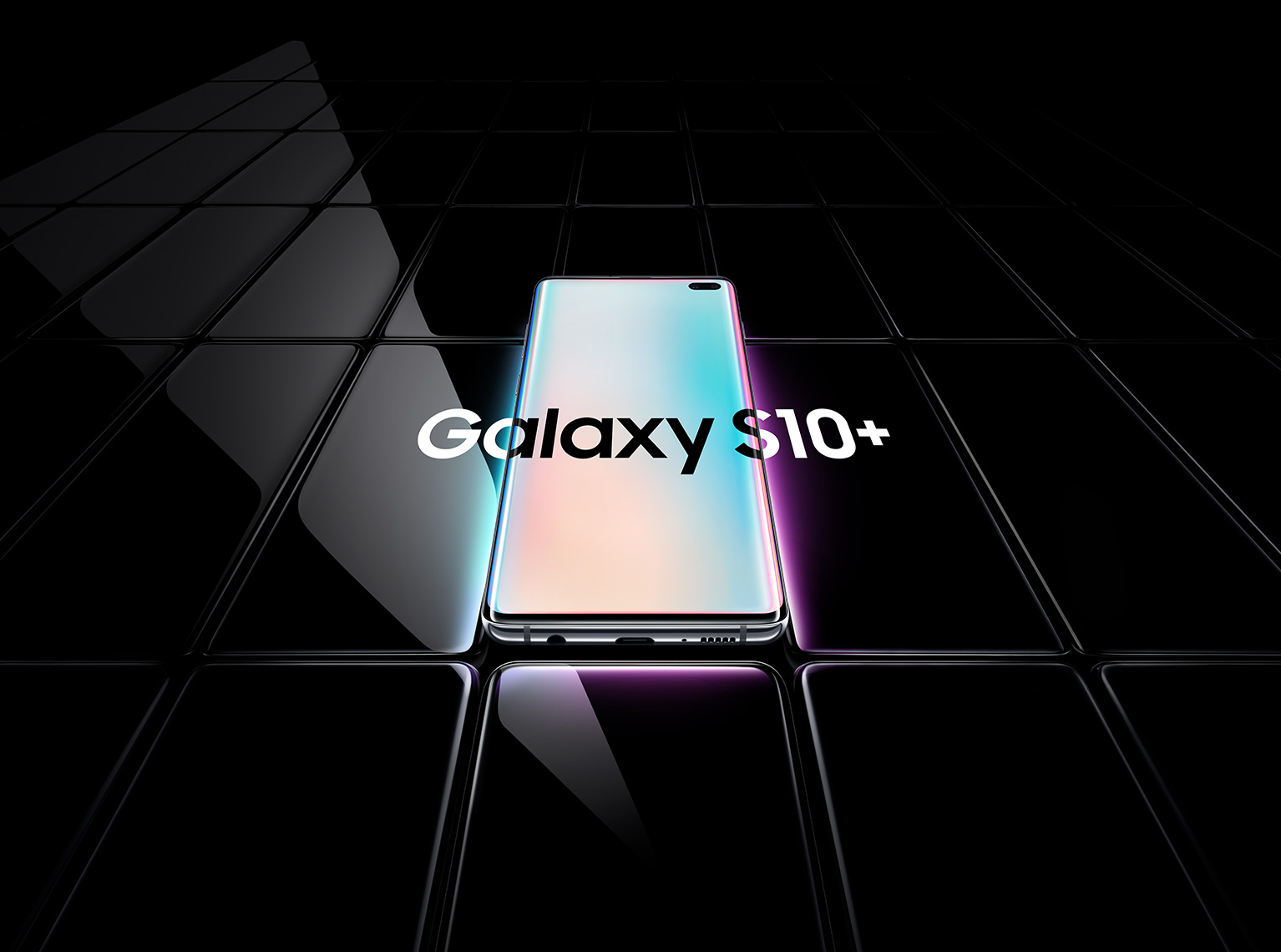 Samsung Galaxy S10 variants finally launched as the newest members of the S- Series. This newly released smartphone is best fitted for the Samsung 10th anniversary.

As expected, Samsung absolutely knocks it out of the park with the new hardware. The Galaxy S10+ is the ultimate expression of everything a phone should be. The glass and aluminum builds are top-of-the-line, the AMOLED displays are the best they’ve ever been, and Samsung’s going all out with the inclusion of 2 front cameras and 3 rear cameras including an all new ultra-wide and ultra-zoom lens, it captures moments exactly as you see them. It even packs a powerful 4100mAh battery. For even more power, the S10+ is also available in a 512GB model which contains an amazing 8GB or 12GB RAM .

Samsung has brought the Infinity-O design it promised which means there’s a hole-punch camera at the top where the dual selfie camera sits, featuring an edge-to-edge look that stretches top to bottom, with pixels spilling over the curved edges at the sides giving no room for big bezels on Samsung S10+ 2019 flagship smartphone.

The Samsung Galaxy S10 officially makes the punch-hole displays a trend after the idea debuted on the Honor View 20, and in-screen fingerprint sensors. It also spots an impressive 93.1% screen-to-body ratio at the front, with its thin aluminum frame between smooth glass.
The screen is protected with Corning Gorilla Glass v6, which helps to keep away any kind of scratch or minor collision. In addition, the smartphone is waterproof as well as dust-proof.

Finally, there is no more notch allocated to accommodate a front facing camera, hence, the small O-shaped cut-out for the front-facing Dual-Pixel 10-megapixel and extra 8-megapixel camera. The device is sleek and slim with a dimension of 157.6 x 74.1 x 7.8 mm which shows how fitted the handset remains at hand, even though its taller than the regular S10.

The back design is cleaner than usual because there’s no fingerprint sensor, we can see only the entire triple-camera assembly, plus the usual flash and heart rate monitor are behind a single glass piece, all black regardless of color scheme.

The headphone jack is still very much present on the Galaxy S10 Plus coupled with the Type-C port and the speaker grille on the bottom edge, as well as the power/sleep button seated on its own at the right side of the device.

Samsung’s screens are known to be one of the best of their specs, the Galaxy S10+’s 6.4-inch 19:9 Dynamic AMOLED display panel is even way better. With the wide screen size, it has elegantly curved edges with pixels that spill over the sides, and HDR10+ support for superior contrast and color.

Featuring a wide QHD+ 3040 x 1440px resolution resulting to pixel density of 526ppi, ensuring highly detailed screen display. Although, the Galaxy S10 plus has a larger display and a slightly higher resolution, the taller aspect ratio is one of the prominent changes in the phone which is all thanks to the ‘punch hole’ display.

Samsung Gained one against its rival with its integration of the world’s first Ultrasonic fingerprint reader. Ultrasonic is ingenious, fast and very secure making it the best for fingerprint scanner.

Ofcourse, we’ve seen or head of in-display reader before, however, the Ultrasonic readers is different, it fire out soundwaves and use their vibrations to create a 3D map of your print.

Finally, the biggest change to the Galaxy S10 Plus is the camera.

Samsung S10 plus triple rear camera system includes a 12-megapixel camera with Optical Image Stabilisation (OIS) and a variable aperture that can switch between f/1.5 and f/2.4, as well as a new 16-megapixel f/2.2 ultra-wide camera sensor that gives you a 123-degree view and a 12-megapixel telephoto lens with f/2.4. This enables 0.5x wide-angle shots, the same as seen on the Huawei Mate 20 Pro, as well as 2x optical zoom.

The S10 Plus features Live Focus shots, which adds an adjustable artificial bokeh-style blur to the background behind the subject. Samsung has also added a number of additional effects to this feature, like the Scene Optimizer which uses artificial intelligence to enhance photos based on what an algorithm thinks is correct, including artistic, spin, zoom and color point which puts the main subject in color and the background in black and white.

While on the front hole, we have a dual 10MP camera featuring Dual auto focus + 8MP camera which allow better depth detection and a slightly expanded FoV. Samsung has removed the iris as an optional way to unlock the phone.

Under the hood, there has been a massive upgrade on the Galaxy S10+. Samsung promises a 29% boost to CPU performance and 37% boost to the GPU.

The Samsung Galaxy S10+ phone comes with 8GB or 12GB a serious upgrade over last year’s S9 and 1TB of storage for the 12GB RAM variant while the 8GB variant gets 512GB of internal storage which can still be increased with the support of Micro SD card.

The Galaxy S10 Plus also marks the debut of Samsung’s cleaner and more intuitive ‘One UI’. The new Galaxy S10+ run the latest Android 9.0 OS with Samsung’s custom One UI skin on top. Although, we might be quite familiar with the Pie Android version but the interface is a game changer.

Samsung S10+ is powered by 4100mAh battery. It comes with a fast charging tech. Likewise, because of the bigger screen, officially, Samsung is still claiming all-day battery life if not a bit more. Samsung however, only supports Qualcomm’s Quick Charge 2.0 technology couple with the aforementioned 2.0 Wireless PowerShare feature which indicates that the wireless charging would be the same speed as wired.

There is no doubt that this is the best smartphone that Samsung has ever built and its really a trademark to the company’s years of work. The Samsung Galaxy S10 Plus might even be the best Android smartphone or listed as one of the Best Android Phone in 2019.

The S10 plus is the most expensive version for now with few upgrade compare to its lesser version, though we expect the S10 5G which will be the mightier version, while the S10 is the immediate version not a cut down but a cheaper version with slight change compare to the S10+, and lastly, is the S10e which is the smallest and cheaper version of the three.

Samsung Galaxy S10+ prices is ‎₦345,000 in Nigeria depending on the deal. The device is ready for pre-order on Kara Nigeria at the best price.

Where To Buy Samsung Galaxy S10 Plus In Nigeria.

Looking for where to buy Samsung Galaxy S10+ in Nigeria? It is very simple and stress-free, to avoid buying the refurbished product, the best option and the smartest move is to order from an online shopping store. The best online shopping website to buy your Samsung galaxy S10+ is Kara.com.ng. where you can order your preferred series at the best selling price in Nigeria and also enjoy fast delivery to any location in Nigeria.