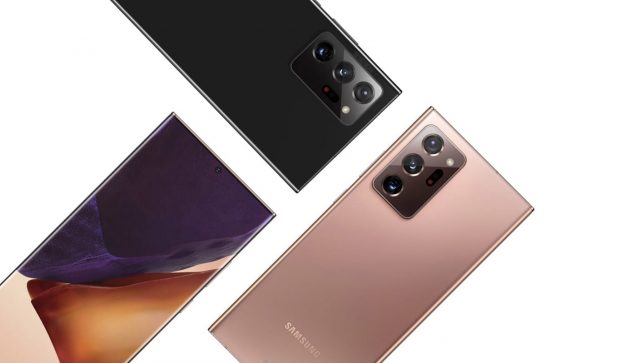 Samsung finally unveiled its newest flagship phone Galaxy Note 20 on August 5 during its virtual Unpacked event. Although, the Samsung Galaxy Note 20 shares a lot in common with the Galaxy Note 20 Ultra, the company has decided to cut on some features, thus making the phone more affordable.

The Samsung Galaxy Note 20 features 6.7-inches display, 64MP + 12MP + 12MP rear camera and 10MP front camera on the front. This smartphone is built on Exynos 990 processor and Snapdragon 865 in some countries. It run on the latest android 10 OS with 8GB of RAM and 4300mAh non-removable battery.

Featuring captivating specs and a perfectly structured body, the Samsung note 20 also comes with a 5G Ultra Wideband to offer speed to your download or streams without lag coupled with different security features including support for face unlock and fingerprint sensor to give you privacy.

Samsung galaxy note 20 sport an aluminum frame and Gorilla Glass on the front. The back of the phone feels a little like ceramic in your palm, but it’s actually a brushed effect over the top of what Samsung calls ‘Glasstic’. That means the back of the phone is strictly Polycarbonate. This combination makes the smartphone elegant and portable yet durable.

Samsung also bring the trending Infinite O- display which is found on its latest flagship Note smartphones. The device comes with a large screen protected by the Gorilla Glass 6, though it ends very subtly on a cool 2.5D edge and  rounder corners, thus, avoids feeling sharp when handled.

The Galaxy note 20 still feature the Note series iconic S Pen, which is slotted in at the bottom. And at the back Samsung beautifully arrange three camera lens as well as the LED flash.

The Samsung Galaxy Note 20 also has no bezel around the screen, apart from the thin frame which holds the screen to the panel, thus, leaving no room for the front camera. However, Samsung adopt the hole-punch design to host the front camera. Positioned at the screen top, right in the middle, so as to give enough room for your entertainment as well as capture memories at your leisure.

Although the Note 20 Ultra sports a bigger AMOLED screens, the Samsung Galaxy Note 20 has a 6.7-inch FHD AMOLED display with 2160 x 1440 resolution and a taller 20:9 aspect ratio and very small bezels at front of the display. This display produces display color up to 16 million which gives the device a colorful, clearer, more immersive viewing experience from watching videos to playing games.

The 64MP primary camera comes with Samsung’s Tetracell pixel binning which effectively gives outputs of 16MP shots, thus, giving the best shot of your best memory. There is of course a a single-LED to help capture moments even in low lightening conditions. It also gets a 10-megapixel f/2.2 selfie camera.

The Galaxy Note 20 features a top-end chipset, Samsung offers two choices for different country. You can choose from either Qualcomm Snapdragon 865+ or Exynos 990 processor. Both chips are teamed with 8GB of RAM, coupled with either 128GB or 286GB of internal storage.

Furthermore, the Galaxy Note 20 is 5G-enabled. It also runs on the Android 10.0 OS out of the box and based on the Samsung’s own One UI 2.5 interface. This user interface is intuitive, easy to use and setup. It comes with features that make the device user friendlier than its predecessor.

Samsung Galaxy Note 20 comes with a massive 4300mAh battery which according to Samsung can easily last for 2 days of usage. It also supports fast charging and it comes bundled with the appropriate 25W charger, which provides faster charging compared to 15W standard fast charger. Using the charger, you will be able to replenish about 51% of its empty battery in half an hour, and it takes 81 minutes for a full charge.

Where To Buy Samsung Galaxy Note 20 In Nigeria

The Galaxy Note 20 is now available for sale on the Kara Nigeria, an online store, where you can place you order now and enjoy a quick delivery of 1-3 days to your door step in any location in Nigeria. Kara.com.ng offers a convenient payment method which allows you to pay on delivery for any item purchased. 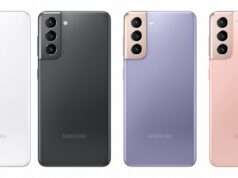