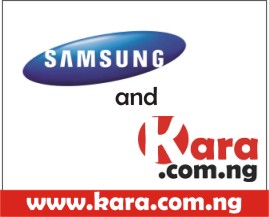 Among Samsung Electronics, Samsung cell phones are some of the most recognized. From the plain old talk and text phones all the way up to high-end smartphones, Samsung consistently delivers sleek design with usable features. The Samsung Galaxy cell phone has a 5-inch screen, HD display, and a fast processor; it’s the most popular Android device by far.

When it comes to entertainment, samsung hdtv have sought to dominate with superior contrast ratio, image-processing, and compatibility with multiple video devices. Because they make a wide variety of televisions, there is one for every budget. If you need a budget TV, try a Samsung LED TV. You can get a decent sized television with HD picture at affordable price on www.kara.com.ng . And if you’re looking for an ultra high-definition (UHD) picture, look no further than the 4K resolution TVs that Samsung is putting out now.

Samsung electronics are great for your home office, too. Their inkjet and laser printers have become leaders among office electronics as well, providing fast, high-quality prints with a low cost per page and easy-to-use features.

Samsung Galaxy Tabs are as high-tech as the Galaxy phones are, and they offer the larger screen that you expect from a tablet. Samsung tablets also run on the Android operating system, so if you use their phone, you’ll want to use their tablet, too, so your devices will be compatible. With all the power, storage, and other capabilities of these tablets, you may never need your laptop or desktop computer.

Did you know you can wear a Samsung device right on your wrist? Samsung Galaxy Gear watches let you keep your in your pocket and sends all of your alerts and notifications to your wrist. You can even use voice commands to place calls and dictate texts — without picking up your phone. They’re a cool looking accessory that will keep you connected like you never have been before.