Samsung Galaxy A6 Plus is the product of a South Korea-based multinational company, which was founded on March 1, 1938, by Lee Byung-chu at Daegu, South Korea.

Just like the year 2017, Samsung released yet again another new upgraded member into the A-series smartphone the A6 Plus and its younger version A6 (2018). This device has become a generational device coming with a new upgrade every year since its original inception in 2015. 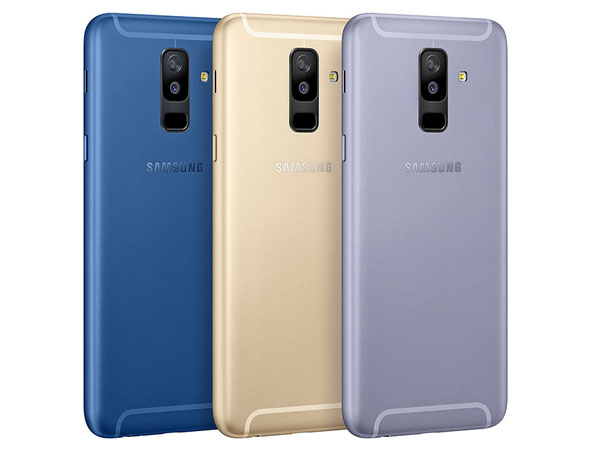 Samsung Galaxy A6 Plus (2018) Review, Specification, and Price in Nigeria

The Galaxy A6 and A6+ are the cheaper alternatives to the Galaxy A8 series. The Galaxy A6 Plus sports a 6.0″ HD 1080 display, unlike its sibling which features a lower version. Instead of glass, this latest Galaxy A series duo uses metal for the back and it gets a rear-mounted fingerprint sensor like the newer Galaxy S9 and Galaxy A8.

Samsung A6 Plus is a robust sleek metal unibody, edge to edge curved device. According to Samsung, Its sleek smooth curves and metal design have been engineered to offer improved durability and comfortable grip for maximum usability, without compromising on style. It is said to be designed with practicality and everyday convenience in mind. Featuring a 6-inch display screen with a resolution of 1080 by 2220 pixel and 160.2 x 75.7 x 7.9 mm dimensions making the device feel pleasant at hand and to the eyes. The glass is Corning’s Gorilla Glass 5, the latest and most durable, while the metal is 7000-series aluminum with a matte finish.  The bezel-less design is one of the trends in Smartphones, this phone boasts a thin groove with a fingerprint Sensor for a quick and effortless way to unlock the device.

Samsung Galaxy A6 Plus (2018) is a 6.0-inches device featuring a Super AMOLED display which looks great with its lush colours and deep blacks. This display is called “Infinity Display” by Samsung which is the name it gives to its device with an 18.5:9 aspect ratio, edge-to-edge, almost bezel-less design. A6 Plus (2018) comes with a resolution of 1080 by 2220 pixel resulting in a pixel density of 411 ppi. This 2018 flagship device measures 160.2 x 75.7 x 7.9 mm, and display colour up to 16 million which gives the device a colourful and bright display. Samsung also enhances the Samsung Galaxy A6  Plus (2018) with its new feature which is found in all Samsung A series smartphone, the Always On Display (AOD) feature which is very handy to get notifications, check time, date and battery percentage without unlocking your device time over time.

As Samsung has a very good record when it comes to phone cameras, Galaxy A6 Plus is not left out in the list of Samsung good work. Junho Park, Vice President of Global Product Planning, Mobile Communications Business at Samsung Electronics says “The Galaxy A6 and A6+ draw on Samsung’s smartphone heritage to combine everyday convenience with an impressive camera that lets users capture, personalize and share moments, in a way that lets them uniquely express themselves.” With the  Dual rear camera which feature 16-megapixel camera coupled with optical stabilization (OIS),  aperture of f/1.7, autofocus + 5 MP, aperture of (f/1.9) and a LED flash  users can capture sharp, clear photos in low light conditions, without sacrificing image quality no matter what time of day and there is a powerful front-facing camera pixel sited at the top of the phone which features another 24-megapixel that can blur the background on selfies for a cool, DSLR-like portrait effect.

Samsung Galaxy A6 Plus powered by Qualcomm chipset rather than the Samsung’s Exynos SoC present in the other A6 model, which ensures it does not consume too much power. It sports Octa-core Cortex-A53 cores running at up to 1.8 GHz and Adreno 506 which helps produces an optimum performance with less power consumption and more which helps the device to work very fast.

Samsung Galaxy A6 Plus (2018) runs on the Android 8.0 Oreo, the latest user friendly Android version  in addition to the Os version, the A6 (2018)  also sports the Samsung Experience UX, which  is simpler, clearer and also uses softer colors and slightly smaller, squircle icons, the swipe-up app drawer,  well segmented settings menu, themes selection and customization options making it easier on the eyes and colourful in every right sense. The UX features Power user features like split-screen multitasking, KNOX security and Secure Folder are also present.

Samsung Galaxy A6 Plus has 3GB and 4GB RAM variants that comes with 32GB storage space while the latter has 64GB internal storage space. So there is two options to pick from depending on your pocket.  Fortunately, Samsung still keeps to using the microSD card slot to expand the on-board space, because looking at the 32 gigs internal storage I would just imagine I have no ROM at all since left to me, but thanks to the Micro SD which can be expanded up to 256GB there is hope.

Though when it comes to battery Samsung is still on the run they are yet to reach their destination but still, they are able to hold their user up for at least 14 hours. This smartphone is powered by a non-removable 3,500 mAh Long Lasting battery making it an additional 500mAh compared to its lower version which sports 3000mAh, though even with the addition there might still be doubt on how lasting the battery can be, however, according to reviews and test it is confirmed that this battery can last for 2days of usage

FULL SPECIFICATION, PRICE, AND AVAILABILITY SAMSUNG Galaxy A6 Plus (2018).

Looking for where to buy Samsung Galaxy A6 Plus in Nigeria? It is very simple and stress-free, to avoid buying the refurbished product, the best option and the smartest move is to order from an online shopping store. The best online shopping website to buy your Samsung Galaxy A6 Plus is Kara.com.ng. where you can order your preferred series at the best selling price in Nigeria and also enjoy fast delivery to any location in Nigeria.