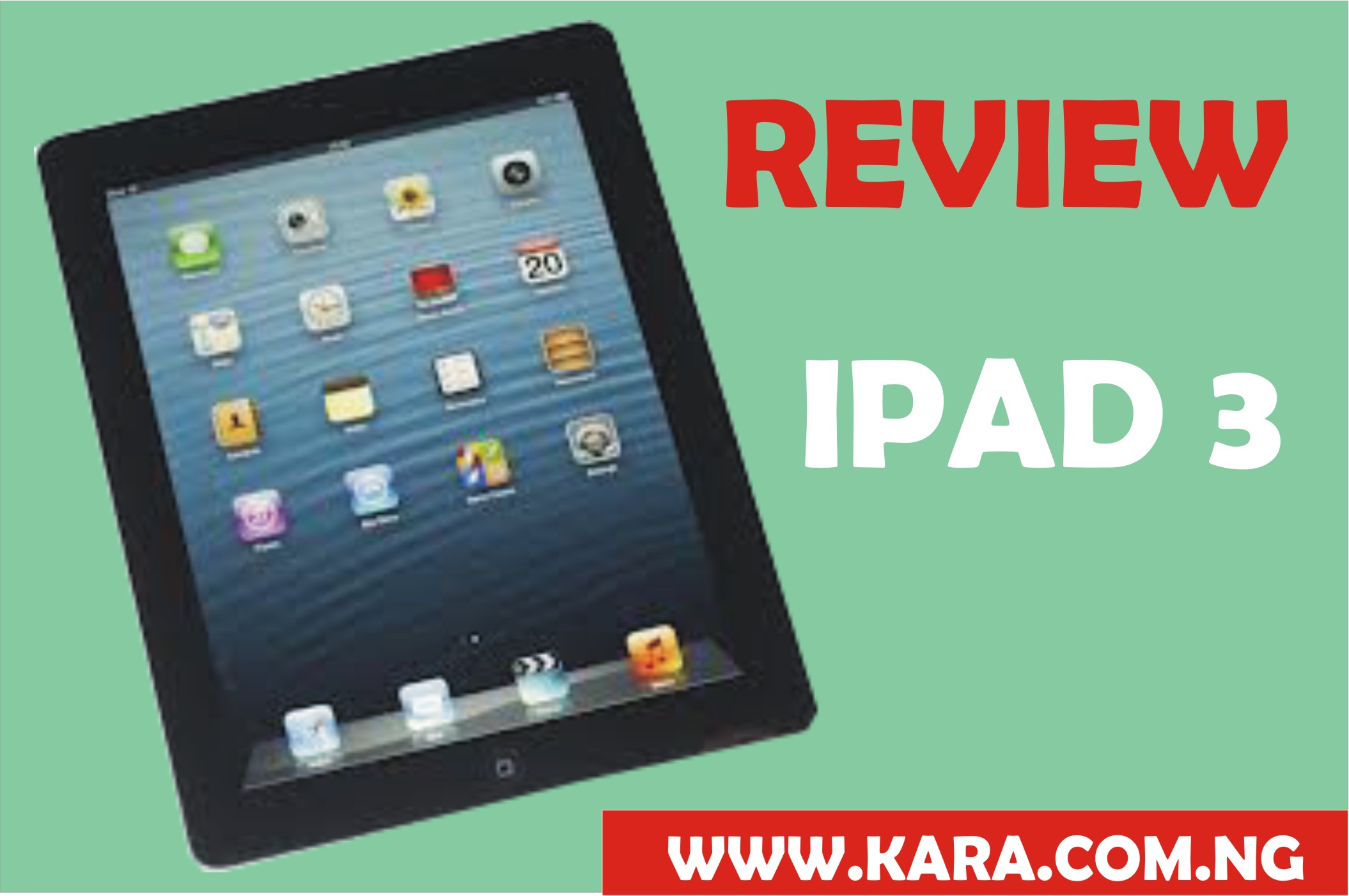 Ipad 3 remains a third generation phone which appeared in 2012. Ipad 3 appearance is welcomed from majority of Apple lovers and many pre-order have actually been made before it released. The release of Ipad 3 from countries to countries where in batches and the first release on March 16, 2012 includes it availability to eight countries which includes  Australia, Canada, Japan, Singapore, the United Kingdom and the United States.

The Ipad 3 serves as a major move from the P.C into the post P.C world where digital life and communication will be done out of the four walls of P.C. Ipad 3 broke that record of being the first Apple Ipad with 4GLTE and Micro Sim enabled.

The first trace of Ipad 3 was rumoured not quite long after the lunched of Ipad 2 and the information was that Apple is working on an Ipad which will have a front and back camera and A5 processor. Ipad 3 is well rumoured before the release and most people who have gotten a glimpse of what it will look like have the feeling of getting a touch of it when it arrives. Ipad 3 is just not thinner nor lighter, neither is it perceptible faster but it is an attempt by Apple to just go better in the production of Ipad for their customers. Hence when you are thinking about what the Ipad 3 will look like, just think about a better way of thinking about an Ipad rather than the thin, light or ferociously fast notion.

The Ipad 3 when it was released represents the biggest upgrade in the Apple line of device. The Ipad 3 is quite different from it predecessors, not in appearance, nor in screen size or weigth, it is different in other measures such as improved programme, Os and fastness of it processor.

One of the major difference in the early versionof Ipad from Ipad 3 is the retina display. Ipad 3 retina display features improvement that is four times higher than what we have in Ipad 2. Ipad 3 gave us a 2,048 x 1,536 resolution provides 264 pixels per inch (PPI) which makes our pictures more clearer and shaper. This display size is not all we can get from the enhanced display of Ipad 3, it also allow us to have a higher video support of 1080p.

It is also important for us to know that Ipad 3 gives us the ability to downloads HD movies from ITunes, Ipad 3 display is an improve display to beat for all other Ipad in the market. Ipad 3 further gives us 264ppi pixels per inch density. The retina display of Ipad 3 which is not present in Ipad 2 represent a major improvement in Ipad 3.

The Siri intelligence is a new innovation in the Apple industry with the Ipad 3 which is expected to improve how the Ipad 3 will be useful to it users. The Siri Intelligence allows the Ipad to recognize voices when talk to and this is a wonderful innovation and upgrade from Apple.

The Ipad 3 camera did a little upgrade from what we have in Ipad 2. Ipad 3 simple retain the 5MP rear camera while the front camera is 0.3MP.

Ipad 3 notice the need for video chatting, hence Ipad 3 give us a slightly improved front camera which will allow us to take front facing picture using our Ipad 3.

When it comes about the operating system, Ipad 3 come with an advance Os which is iOs 5.1. iOs 5.1 is an high tech Os which come with several software that will benefit Apple users. It allows you to share the internet facility on your Ipad via Wi-Fi, Bluetooth or USB. It allows you to access ITunes stores to download your favourite musics, you will also notice that Ipad 3 iOs gives you opportunity to get  GarageBand, iMovie, iPhoto, and the iWork apps from the Apple store.

Ipad 3 iOs is loaded with enough applications which include  Safari, Mail, Photos, Video, YouTube, Music, iTunes, App Store, Maps, Notes, Calendar, Game Center, Photo Booth, and Contacts just to mention but few. Ipad 3 allows the user to speak while it does the typing in as much as it is connected to Wi-Fi or cellular network.

One of the most noticeable and selling point of Ipad 3 is the 4GLTE facility. When it is announced that Ipad 3 will come with 4G LTE, most customers of Apple which to upgrade their device to this latest Wi-Fi, even new people are ready and willing to join the Apple customers with the introduction of 4GLTE.

Ipad 3 is the first of its kind to come with 4GLTE, however this is only available in few countries. Apple with the advertisement of 4GLTE sold majority of Ipad 3, however, when it was discovered that it failed to work in countries like Australia, Apple was took to court for breaking consumers law. This case made Apple to return the money of all customers who purchase the cellular version of Ipad 3 in Austrilia.

Ipad 3 has made it through when it comes to what an Ipad should give it customers. Ipad 3 is equipped with various advanced content and design such that it will amaze you when I starts rolling out the information.

Like its predecessors, Ipad 3 does not  give you access to external memory but it internal storage ranges from 16, 32 and 64g while it RAM is 1G. That is a bit ok for a phone of that nature.

Ipad 3 is shipped with iOs 5.1and it is upgradable to iOs 6.1.3 or 7.0.4. You may also wish to know that the chipset in Ipad 3 is Apple A5x and it processor is dual core 1GHz cortex A9. Ipad 3 GPU is PowerVR SGX543MP4 (quad-core graphics) and it message features include iMessage, Email, Push Email and IM. Ipad 3 has  iCloud cloud service, Twitter and Facebook integration, TV-out,  Maps,  Audio/video player/editor, Organizer, Document viewer, Image viewer/editor, Voice memo, Predictive text input among others.

The battery life of Ipad 3 have been improved and you can now get Li-Po 11,560 mAh non-removable battery which will last up to 720hours on standby and 10hours on talk time. This is a good one from Apple.

When Apple made a device, they produce some other things that will make it convenient for you to maximize the potential of the device. The Smart cover that you can get from Apple for you Ipad 3 is simply made for it. The smart cover protects the screen of your device and it comes in various beautiful colours.

In conclusion, Ipad 3 is not a bad Ipad to own, however it need to be said that Ipad 3 faced a lot of challenges. First is the fact that it is barely a year after the lunch of this phone that Ipad 4 was released which make a drastic change from Ipad 3 to Ipad 4. At present, Apple is not producing Ipad 3 again except for the refurbished, this is mainly due to several errors that was noticed in Ipad 3. Ipad 3 although came to light in 2012 but today it remains the first Ipad that will be produce by Apple that will lead to them disappointing their customers with their advert or fail to achieve what many think will achieve.

Prices of Ipad 3 in Nigeria

The prices of Ipad 3 in Nigeria ranges from 101,900 to 116,900 depending on the size of the memory you wish to choose and it is available at www.kara.com.ng