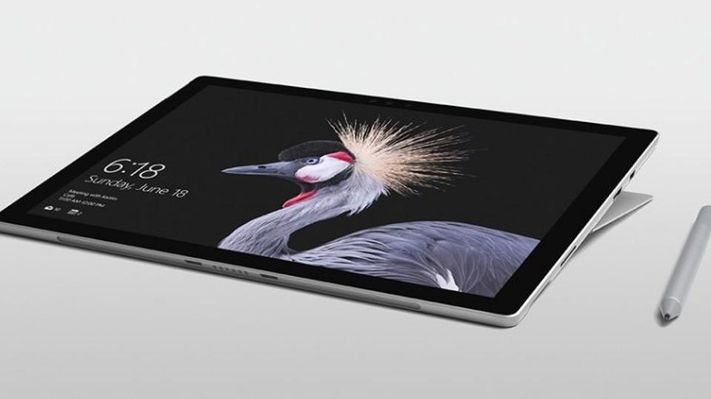 After the launch of numerous Surface product this year, Microsoft launched the Microsoft Surface Pro 7.

Although the surface pro 7 is identical to its predecessor, the Surface Pro 6, it is still one of the best 2-in-1 laptops thanks to its premium design, beautiful display and comfortable keyboard.

At first glance the surface pro 7 features a sleek chassis, robust, and distinctive design, which are some of the things we want in a premium device. In truth, very little has changed over the last few years of Surface 2-1, the design still look the same with just little changes in some notable areas.  It still measures 11.5 x 7.9 x 0.33 inches (292 x 201 x 8.5mm) and weighs 1.7 pounds (770g).

The tablet’s touchscreen still comes in at 12.3 inches on the diagonal with a 2,736 x 1,824 resolution (267 pixels per inch) and 3:2 aspect ratio. However, Microsoft has improved the device’s studio microphones for stronger accuracy when using Cortana with your voice.  It also comes with an upgrade in the Keyboard type cover.

The solid metal body which has become an almost iconic look for Microsoft’s surface helps portrait the premium look. The Surface Pro 7 features a 12.3-inch UHD displays panel coupled with PixelSense which ensures that content looks ultra crisp. It sports a 2736 x 1824 pixel resolution. The display can be cranked up to a blinding 410 nits. The 3:2 aspect ratio is another favorite feature of this 2-1 device, leaving plenty of screen real estate for getting work done. Contrast is through the roof at 1,290:1. It still doesn’t have the wide color gamut of the MacBook or some of the 4K displays out there, but 70 percent of AdobeRGB matches competition in this range.

Out of the box the Surface Pro 7 is effectively a tablet since there is no keyboard of stylus present in  the box.  However, with extra cash you can get these accessories for effective work flow. The detachable Surface Type Cover look great, with soft finishes proving supremely comfortable to use, but the key travel feels spot on for a truly laptop-like typing experience. The Surface Pen and Surface Arc Mouse helps to easily personalize Surface Pro 7

The big new addition on the Surface Pro 7 is USB-C. Hence, you can now use the same USB-C charger you use on your Android phone to charge your pro 7.

The Surface Pro 7 is the first of its kind using one of Intel’s new 10-nanometer (10nm) processors. Microsoft also placed Intel’s 10th Gen processors inside the Pro 7 with three core variant Core i3, Core i5, or Core i7 to choose from. In addition to this, microsoft also added stronger graphics potential the new Intel Iris Plus graphics over an Intel UHD graphics processor (GPU). The combination of all  these chipset promises a smooth user experience for gaming and fast streaming.

Microsoft surface pro 7 comes with the Windows Hello facial recognition, which uses the tablet’s infrared camera next to its webcam, and is as speedy and accurate as before.

The Surface Pro 7 also comes loaded Windows 10 Home, upgraded with its latest October Update offering. Thus, many of the new features of the operating system update are available from day one.

There’s a 5-megapixel front-facing camera and an 8-megapixel sensor around the back. There are also dual far-field Studio Mics and 1.6W stereo speakers with the Dolby Audio Premium standard.

Battery life is crucial for a device that’s meant to be taken on the go. Microsoft is claiming up to 10.5 hours of battery life from a full charge. The Surface Pro 7 also has a quick charge feature, allowing you to get to 80 percent battery life in an hour.