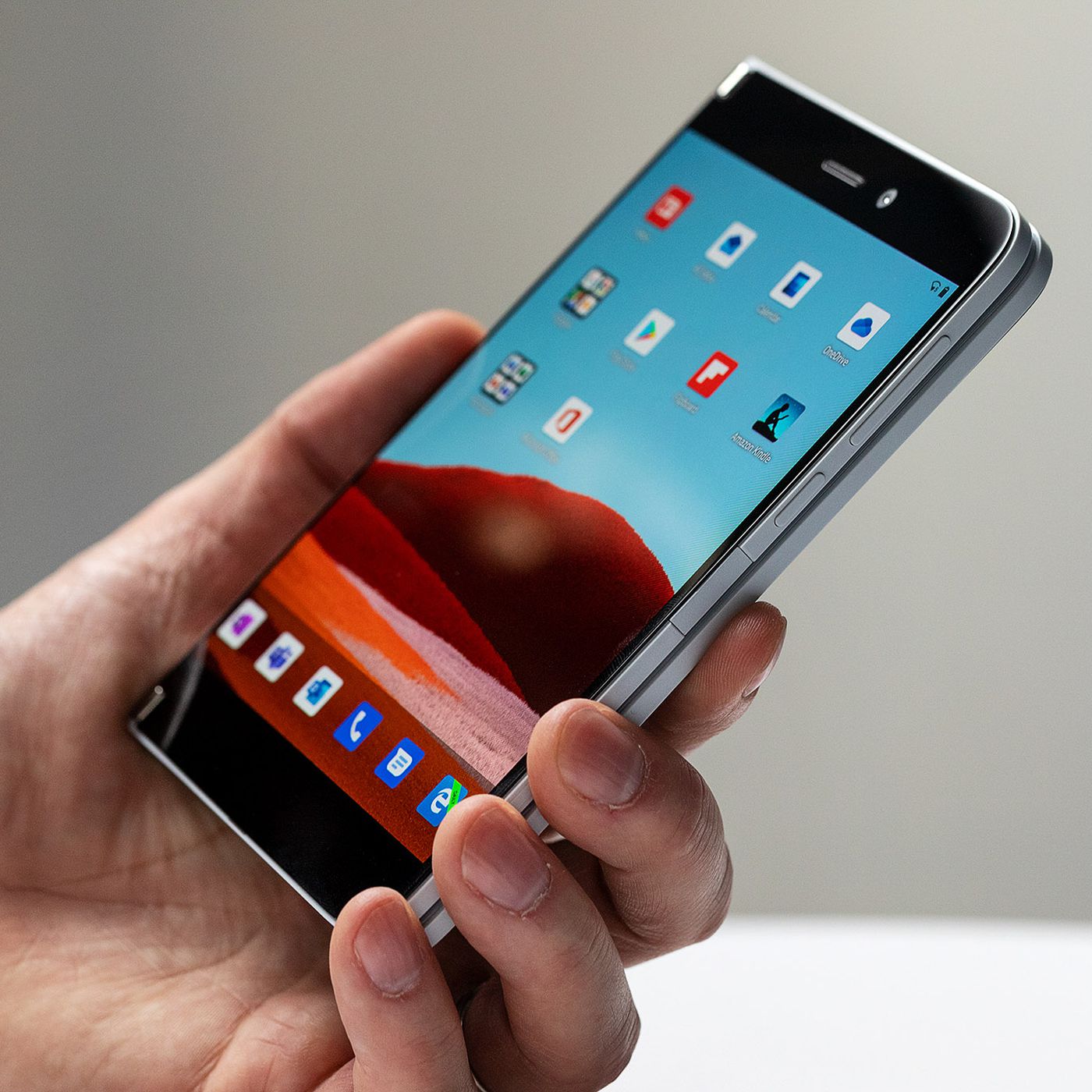 Microsoft is making its first phone in years. Microsoft has revealed the design of the Surface Duo, a dual-screen Android folding phone. In an attempt to succeed in the foldable technology market, the company unveiled the double screen phone. With competitors like Samsung, LG and Huawei, Microsoft claims Microsoft Surface Duo phone is totally unique.

This new device is designed to be the smaller sibling to the Surface Neo, a dual-screen device that was also unveiled yesterday running Windows 10X. Surface Duo is a device that fits in your pocket. With two screens connected by a revolutionary 360° hinge, Surface Duo brings together the best of Microsoft and Android to reimagine productivity on the go

The Surface Duo has two 5.6-inch displays that fold out into an 8.3-inch overall screen, and it’s just 4.8mm thin. You can fold it fully over like many 2-in-1 laptops, thanks to a 360-degree hinge. It’s two connected displays, more akin to the ZTE Axon M. Microsoft says it’s committed to dual-screen devices because they allow people to get more done on the go.

The Surface Duo will run on Qualcomm’s Snapdragon 855 chipset, which will work with 5G, thus combining modem and network connection that will bring about faster next-gen network.

As at time of announcement the Surface Duo runs Android 9, but Android 10 is already on some phones and by this time next year, Android 11 will be expected on the phone.

Unlike Galaxy Fold, the second screen is designed for typing and controlling, rather than, say, a larger movie experience. Hence, it has a lot of advantages over the Foldable phones. This includes ability fold all the way around in both directions.

Both screens can run different apps simultaneously, allowing the user to make calls while running a note-taking app, for example. The phone can be switched into landscape mode and used as keyboard and screen setup, like a laptop, or as a games controller.

“We know, scientifically, that you will be more productive on two screens,” said Microsoft’s chief product officer Panos Panay.

Microsoft partnered with Google, hence it uses Google’s Android instead of Microsoft Windows. Although it can take calls, Panay stressed that the device was not a phone but a “Surface” – Microsoft’s new category for personal technology.

While the Surface Duo won’t be a foldable phone, it achieves about the same goal by doubling up on the given screen space you have to work with for watching videos, reading, typing and playing games. This extra screen space is the real benefit, thus, it could carry a hefty price tag.

This device is expected this new year. it will be launch alongside Surface Earbuds, wireless in-ear head phones this year.