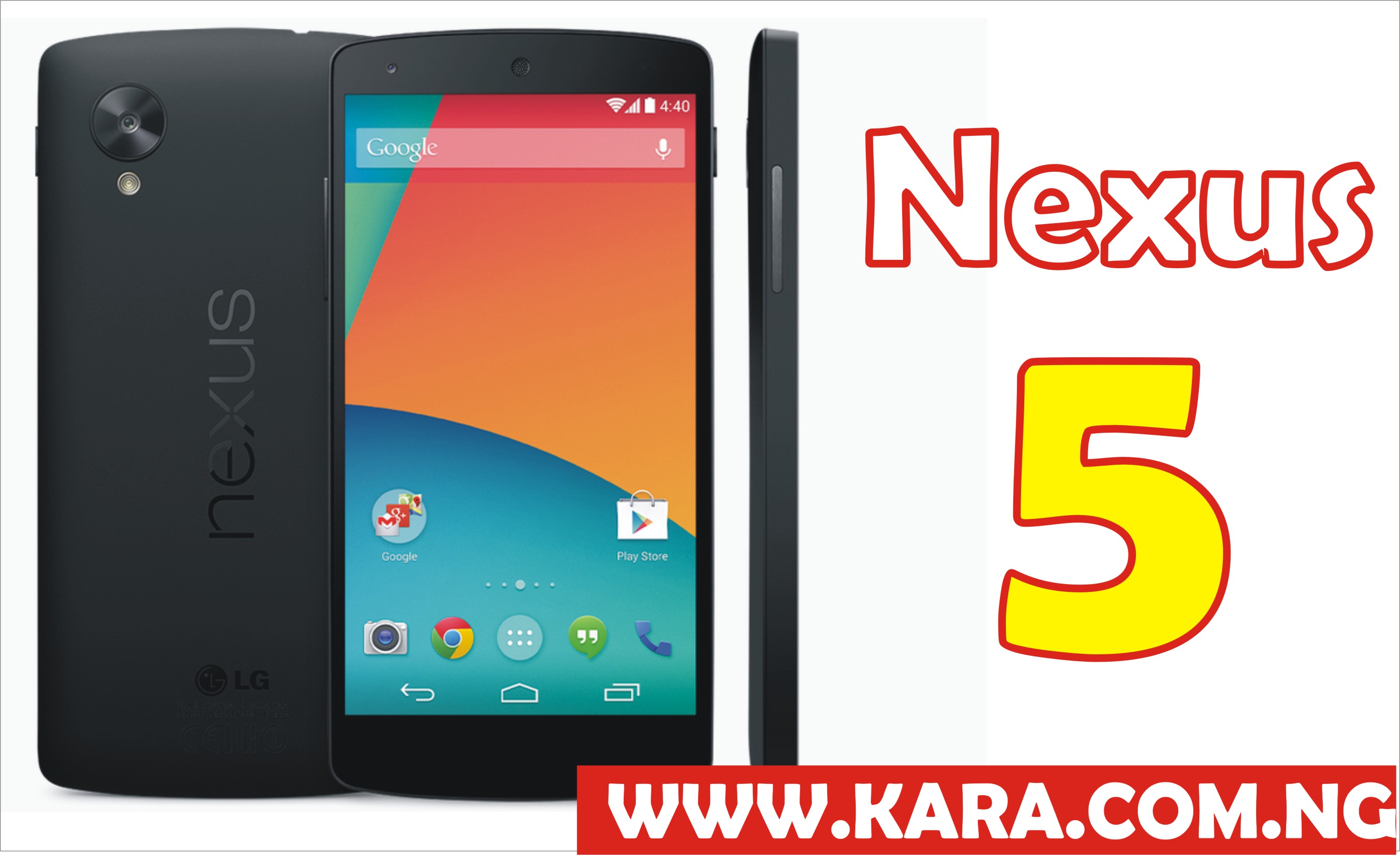 Well, one can say it over and over again that “an unsophisticated phone is no phone at all”. One of the hi-tech phones that have come to secure its place among many of its peers is the LG Nexus 5. The LG Nexus 5 is Google’s latest smartphone, and mind you, it operates on every tech that is recent. Google partners with LG to bring the masterpiece to birth. Running on the latest version of android 4.4 KitKat, the LG Nexus 5 is nothing but an amazing innovation. For someone who wants a quality phone but with limited finances, the LG Nexus 5 is surely something to get a bit excited about.

Following its formal introduction to into the market the much awaited phone received a passionate reception amongst phone users. Although it has not received much hype as Samsung Galaxy S4 or the Iphone 5S, yet it is credible in its own right. Nigerians have not been left out in the craving for this new gadget from Google. The Google LG Nexus 5 is the fifth generation of the Google-designed Nexus Android smartphone line, which is now faster, slimmer and even better. The pocket friendlier phone considering its actual worth in function and price have been well received in Nigeria. This phone is loaded than to be another ordinary phone and it justifies its stance as an inexpensive but stylish mobile machine.

The LG Nexus 5 is quite thin, its dimensions are 69.17 x 137.84 x 8.59mm and very light, weighing a 130g (it’s also very tall).  The front of the device is dominated by the 4.95in HD IPS plus LCD screen paving way for a brilliant display. The phone is indeed quicker and more responsive than its predecessors, thanks to the 2.3 GHz quad-core processor. Yes, the processor in the LG Nexus 5 is a notch better than the LG Nexus 4. It comes in a two colour variety white and black, as well as 16GB and 32GB sizes. Its classy camera is an astonishing 8MP rear camera with optical image stabilisation, 1.3MP front-facing camera. Its design, perfect!

I bet you would say, the LG Nexus 5 is tempting.