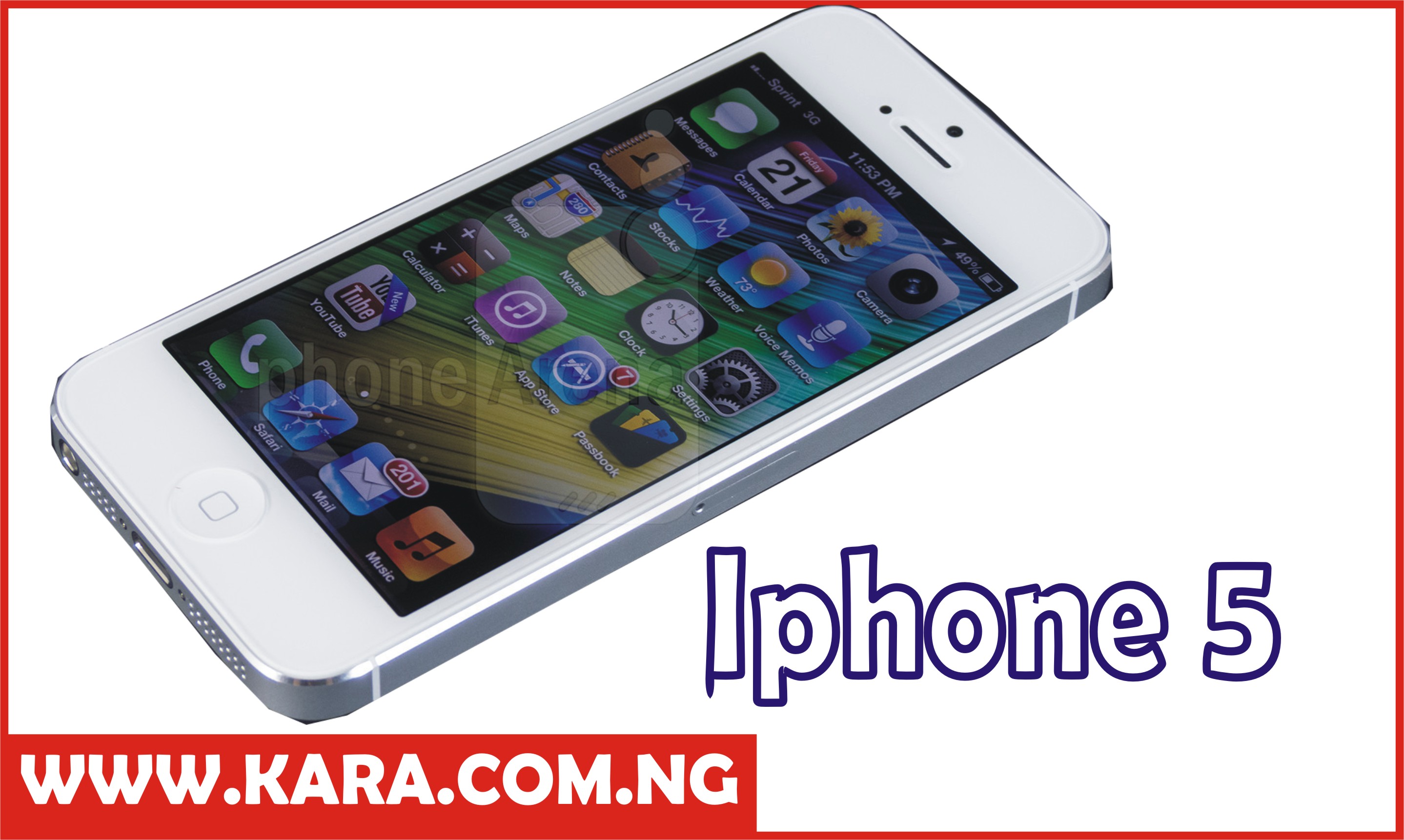 The iPhone 5 is one of the biggest touch screen smartphones developed by Apple Incorporation. iPhone 5 was formally unveiled as part of the press events on September 12, 2012 announced by Phil Schiller and finally released a week later on September 21, 2012.

iPhone 5 is the sixth generation of the iPhone with features of major designs like the aluminum- based body, a taller screen, LTE support , lightning, a new compact dock connector and 8mp camera.

iPhone 5 was described as extraordinary by Apple with the pre-order having sold twenty times than its predecessors. The pre-order began on September 14, 2012 and over two million were received within 24 hours making the initial demand exceeding the available supply on the launching day.

However, while the acceptance of iPhone 5 has been positive generally, both reviewer and consumers noticed hardware issues, which are ; the phone’s coating  being prone to chipping and the unintended purple hue in photos taken. The introduction of the dock connector also affected the iPhone 5’s compatibility with similar accessories with the predecessors in iterations of the line.

Prior to the launching, awareness in form of rumor has been made about the iPhone 5 after the announcement of the iPhone 4S, though detailed leaks did not emerge until June 2012.

On July 30, 2012, reports pointed the dates and venue at which the iPhone 5 would be unveiled and released while on 4th September 2012, Apple announced they would be hosting an event at the Yerba Buena Centre. Five different items featured in the invitations sent to the media, indicating that the next iPhone would be unveiled at the event.

The iPhone 5 was officially discontinued by Apple with the announcement of its successor iPhone 5S, and iPhone 5C.

Now let’s get to what the iPhone 5 is really made of.

As expected, we will kick off with iPhone 5 design and external features.

iPhone 5 was built with several improvement aimed at differentiating it with other iPhones and smart phones. This was emphasized by Apple at the press event. The outlook frame used was changed from the previous versions where the iPhone 4 and iPhone 4S used stainless steel. iPhone 5 was redesigned to use an aluminum composite frame making it looks beautiful when it wears

iPhone 5 versions  are  thinner, lighter, and have 12% less overall volume than any other  iPhone. The phone’s aluminum body is 0.30 in (7.6 mm) thick. iPhone is the thinnest smartphone in the world at 7.6 mm claimed by Apple, though that claim has been disputed as the Oppo Finder is thinner and some other smartphones can be considered to be thinner, depending upon where thickness is measured. The Oppo Finder measures 6.65 mm at its thinnest point and 7.1 mm at its thickest. point making it overall thinner than the iPhone.

iPhone 5 is the most beautiful and best built phone on the market and fantastic when hold. iPhone 5 remains the case that no other device comes close to matching the fit and finish made by  Apple.

With all these other options for people to view at the first sight of iPhone 5, what do you think the features could be?

iPhone 5 can act as a hotspot, sharing its internet connection over Wi-Fi, Bluetooth, or USB. iPhone 5 can also accesses the App Store. App store is developed and maintained by Apple. App Store is an online application distribution platform for iOS. The service allows users to browse and download applications from the iTunes which was published through Apple by Xcode and iOS SDK.Store.

The iPhone 5 can play music, movies, television shows, ebooks, audiobooks, and podcasts. iPhone can sort its media library by songs, artists, albums, videos, playlists, genres, composers, podcasts, audiobooks, and compilations. Except in play list, retains the order from iTunes. iPhone5 features Voice Control that can be used to identify a track, play songs in a playlist or by a specific artist, or create a Genius playlist.

iPhone 5 has an headset controls can be used to pause, play, skip, and repeat tracks. The volume can be changed with the included Apple Earphones.

iPhone 5 also enables users to rotate their device horizontally to landscape mode to access Cover Flow in photo slide or iTune. This feature shows the different album covers in a scroll-through photo library. Scrolling is achieved by swiping a finger across the screen.

iPhone 5 can be operated by spoken command. During texting,speech can be converted to text. Alternatively, regular texting and messaging on iPhone 5 supports iMessage, a distinct feature that allows unlimited texting to other Apple devices and inclusions of content such as images and sounds in text messages.

iPhone 5  features several new and updated apps, which includes Apple Maps and Passbook but the Apple’s built-in Maps app which was aimed at replacing Google Maps has been universally derived to lacks many features in competing maps apps. It also gives inaccurate directions.

iPhone 5 is by far one of the most unique and creative concepts out there for the every consumer. iPhone 5  design would revolutionize smartphone designs forever. Apart from a see through retina display, it features a Quad-core A5 chip, a virtually projected keyboard for better typing, an LTE support , lightning, a new compact dock connector and 8mp camera making it highly irresistible.

iPhone 5 price starts from N103,500 and it is available at www.kara.com, make a request today and expect a fast delivery.