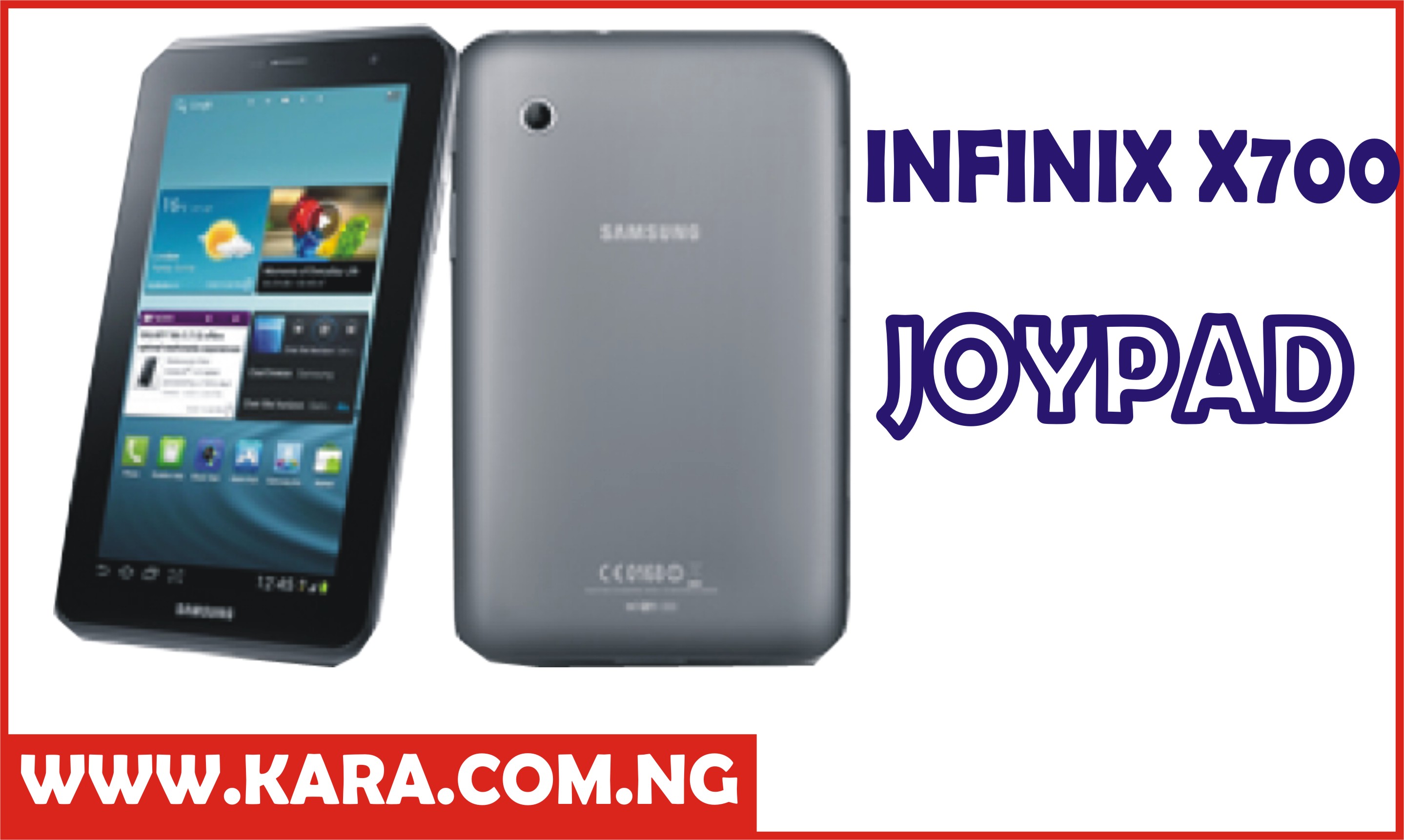 Infinix Joypad X700 comes with a long-lasting 3500mAh battery, which can last for several hours. And you can enjoy your favorite 3D games on its crisp display.

Also, Infinix Joypad X700 comes with a 12GB internal memory (which of course you can be expanded to up to 32GB), and runs on the Android 4.0 (Ice cream sandwich) operating system.

Infinix X700 is preloaded with many applications such as; Google Maps, Opera Mini, Facebook, Yahoo and many more

Some specifications of Infinix joypad X700

Other Features of Infinix Joypad x700