HP has made it a personal mission to take forward the era of the convertible computing devices. Mastering and conquering the world of 2-in-1 workstation with its ZBook 17 G6. This means, you basically buy a 2-in-1 device which can be a laptop, a tablet and a tent, depending on what you need it to be at any point of time.

HP launches the refreshed lineup of its ZBook series laptops aimed at creative professionals. The ZBook family of mobile workstations is home to some of the most configurable professional systems in the market.

The company has added a total of five new ZBook laptops – HP ZBook 14U G6, HP ZBook 15U G6, HP ZBook Studio X360, HP ZBook 15 G6, and HP ZBook 17 G6 which is the highest version to its portfolio. These new series of laptop comes with a lot of  productivity focused features such as HP Sure View privacy screen, ambient brightness sensor, HP Fast Charge, and the company’s proprietary Client Security Manager tool others. 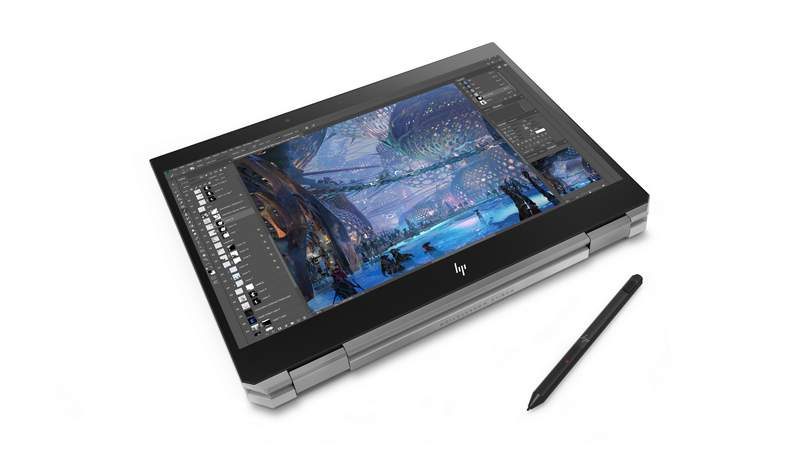 The HP Zbook 17 is the ultimate laptop for those who need desktop performance on the go, though the design is nowhere near as pretty as HP’s ZStudio workstations but that’s not to say that the notebooks are ugly. it is beautiful on its own and powerful on  the inside. The HP Zbook 17 G6’s display is not just stunning, it’s also durable thanks to being made from Corning Gorilla Glass 4. Thus, the screen is quite accurate, quick and smooth to the finger when using the touch screen.

HP’s claim that the ZBook 17 is the first mobile workstation to feature a display with 100 percent of the DCI-P3 color gamut, which is much wider than the sRGB gamut. Thus, the colors will be vibrant and accurate every single time. The HP Zbook 17 display also create stunning visuals with one billion colors on the HP DreamColor 4K UHD anti-glare display.

The Zbook 17 G6 measured an average brightness of 600 nits, higher than the 345-nit average, hence, you can see and discern different vivid colors, regardless of the lighting condition.

The laptop also comes with Anti-glare display with ambient light sensor which helps reduce glare, by improving the touchscreen experience with your hand and with the pen. The texturized matte-like surface makes it feel more like drawing on paper.
The ambient light sensor automatically dims or brightens based on your surroundings, so you can take your work indoors or outdoors.

The HP Zbook 17 G6 also features an  slim and well placed keyboard which is quite comfortable for the best typing experience at workplace and home. The keys are large and have generous spacing. It comes with a Spill-resistant which allows any liquid come out through the bottom thanks to the drain hole created on the laptop keyboard.

The processor is supported by 64GB of RAM coupled with 128GB of nECC memory which is expandable up to 4TB m.2 NVMe PCIe SSD which is up to 21 times faster than standard HDD storage and six times faster than SATA SSD and achieved 80 frames per second beating the 68-fps premium laptop average.

With the innovative 360-degree hinge, you’ll get the comfort of a laptop, the convenience of a tablet and the luxury of additional modes to help showcase your designs.