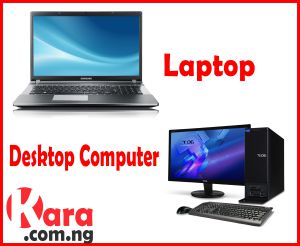 Laptop computers are perfect for users who need more flexibility and portability over stationary desktop computers. now offer features that could only be found before on much more expensive models. Here are some tips on what to look for in an inexpensive yet high-quality laptop.

where to buy cheap laptops

Buy your cheap laptops on www.kara.com.ng

Look at the processing speed

New, inexpensive laptops have benefited from fast, inexpensive processors. Processor speed is measured in gigahertz (GHz). Some laptop computers, even have a dual-core processor, which means the laptop has two independent processors on a single chip that work together simultaneously to increase the laptop’s performance. This processor can execute multiple tasks on a laptop faster and more efficiently, which essentially gives you two microprocessors for the price of one. When looking at laptop or notebook computers, check the processor speed. A good laptop should have a processor speed of at least 1 GHz.

The more RAM the better

RAM is short for “random access memory,” which your laptop uses to store temporary data. The more RAM your laptop has, the less time the processor has to wait for information. RAM can significantly affect your laptop speed, allowing you to do more tasks simultaneously without slowing the laptop down.

An internal hard drive is essentially the data storage area for your computer, storing software programs, documents, photo and video files. The storage capacity of a hard drive is measured in gigabytes (GB). In the past, cheap laptops had small storage capacities. Most cheap laptops now offer hard drives suitable for storing large software programs and video files, which typically use a lot of hard-drive space. You’ll find laptops with hard drives ranging from 40 GB up to 500 GB. If you’re just using the laptop to browse the Web and store text documents, you’ll need less space than if you want to store large numbers of photos, videos or games.

A network interface controller (NIC) lets you access the Internet or local area network with your laptop. Most of today’s cheap laptops can connect to networks through an Ethernet port or wirelessly with a networking card. Wireless network cards are great for users who travel frequently and wish to access high-speed Internet, or Wi-Fi, in cafes, airports or anywhere with a wireless network.

Cheap laptops used to come equipped with slow CD players that provided marginal sound and video quality, and did not read or write DVDs. Now, inexpensive laptops can come with more advanced optical drives that provide clear sound and superior picture quality when playing CDs or DVDs. Optical drives also allow laptop users to burn or write CDs, DVDs and even Blu-ray discs, all through the use of a single internal device. Look for the type of optical drive installed when searching for laptops.

You can find multiple extras on laptops that don’t have a large effect on the price. Webcams, thumbprint scanners and pre-installed software are all good things to look for in a laptop.