Google has brought to the table another shot at a Pixel tablet, with a high-end detachable meant to rival the iPad Pro and Surface Pro. This is  the first Chrome OS tablet from Google in fact, and its first shot at a tablet since the Pixel C. The Pixel Slate is Google’s latest stab at making a do-it-all convertible running its software.

The Pixel Slate is a high-end tablet that runs Chrome OS, it was launched in October 2018. It comes in five different configurations with everything from a basic Intel Celeron processor, up to a high-end model with the latest Intel Core i7.  The Google Pixel Slate will be running Chrome OS with its recently-added Linux app support and mature-at-this-point Android app support as well. There’s also talk that it might be a candidate to dual-boot Windows 10.

The Pixel Slate looks more like the Galaxy Tab S4 and iPad Pro than Google’s last convertible, the Pixel Book. The slim 7mm-thick tablet section comes in a fairly deep midnight blue colouring and has slightly rounded edges plus a 2.5D screen. The Pixel Slate models have a 12.3-inch touch-screen display with a 3000 x 2000 resolution.

The display is far from edge-to-edge, but in hand, the tablet’s metal chassis feels every bit as premium as the iPad Pro and it has all the trimmings of a modern convertible.  It pack a sleek, thin, modern style, and will charge using a USB-C cable, and has a fingerprint scanner built into the side-facing power button.

On its front, you’ll see twin dual-speakers that Google claims “are custom-tuned to deliver industry-leading audio”. The device lack Dolby Atmos branding which is a minor disappointment given its appearance on many other modern tablets and convertibles.

For starters, the Pixel Slate will optionally allow you to attach an external keyboard, the folio keyboard cover is full-sized. Th e keyboardcontains circular buttons instead of the more conventional square-shaped buttons for typingIt also has a full-sized trackpad, which makes using it as a laptop/Chromebook far more pleasant. It comes with a snap magnetic docking system which lets you set it at any angle you like and doesn’t give you a limited number of angles, as the iPad Pro does. The keys were noticeably more reactive and suitably spread out.

Like the iPad Pro, the Pixel Slate works with a stylus pen for drawing or taking notes with your hand and a detachable keyboard with a trackpad that costs $99 and $199, respectively.

The 2-1 tablet has front-firing stereo speakers, 8-megapixel front and rear cameras. It also includes a fingerprint sensor built into the power button, which is a first for a Chromebook. Google product director Trond Wuellner said the Pixel Slate will deliver “a modern computing experience.”

The tablet is supposed to last over 10 hours on a single battery charge when people do performance-heavy tasks like watching Netflixshows or movies, the executives said. 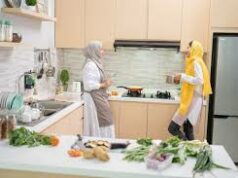 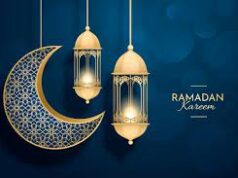 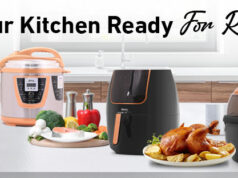 SURPRISE YOUR LOVED ONES WITH GADGETS THIS COMING RAMADAN

THE COMPLETE GUIDE TO WOMEN’S BEAUTY PRODUCTS AND HOW THEY CAN...