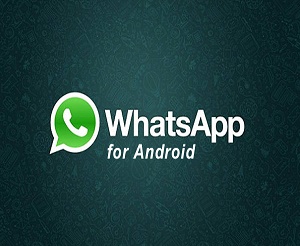 WhatsApp is rolling out Free WhatsApp Call for Android users. WhatsApp, the most popular messaging app in the world, recently introduced this feature and initially it was available to only a handful of users. However, since then WhatsApp is making free voice calling available to all Android users. To enable the calling option, users can also download the APK file of 2.12.5 from the official website. Once you have downloaded it, you can open the application and will be able to view Calls, Chats and the Contacts button side by side on the top of the application homescreen. If you tap on Calls, you can choose a contact and make a call.

When you get a call from another WhatsApp contact through this feature, you can see the incoming screen. You have to slide the green phone icon for answering the call. If you want to decline the call, you have to slide the red button in the opposite direction. If it is not convenient for you to take the call at the time, you can also tap on the top message icon for declining the call and for sending a small message quickly. The tab will also show you all the incoming calls, the outgoing ones and the missed ones. You can also switch over to the speakerphone option or mute it or see the duration of the call. However, you have to bear in mind that you cannot call 911 or any other emergency number using the WhatsApp calling feature. You can only make free calls to other contacts that also have WhatsApp downloaded on their phones. The call is made over the Internet, using Wi-Fi or your phone data plan.

The new calling feature for WhatsApp does not come as much of a surprise for users. It was expected for some time, as the co founder, Jan Koum, had already stated last year that it would soon be a reality. The feature has initially been rolled out for the Android devices and will then come to the iOS phones. It will then be available for the Windows phones and for the BlackBerry phones as well. The co founder, Brian Action, has made a specific statement to the effect that the feature of calling for the iOS phones will be available in a very short time, within a few weeks