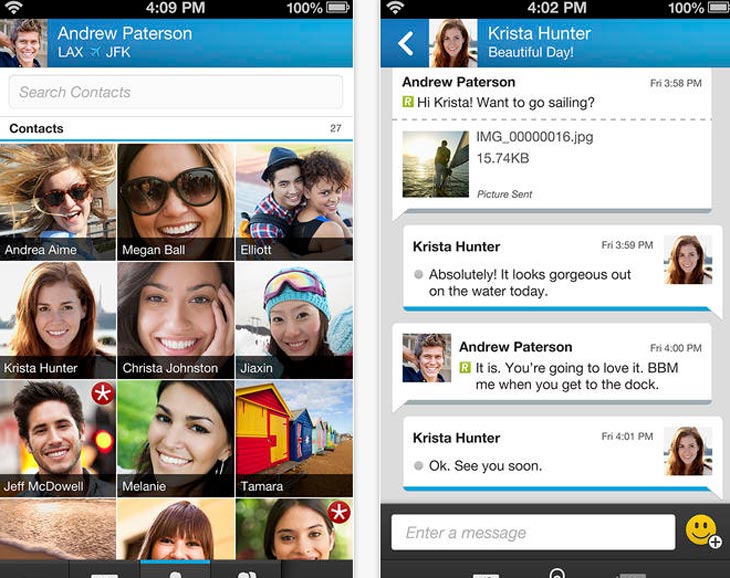 Lugubrious smartphone maker BlackBerry has resumed the rollout of its BlackBerry Messenger (BBM) apps for iOS and Android devices, almost a full month after it yanked the code from online stores following a botched launch.

“To help manage this unprecedented pent-up demand for BBM, we are implementing a simple line-up system to ensure a smooth rollout,” Andrew Bocking, who heads the BlackBerry’s BBM business, said in a blog post on the company’s website.

BlackBerry said last week that 6 million Android and iPhone customers had pre-registered for the launch.

BlackBerry said 6 million people signed up for information on BBM.com.

“If you didn’t sign up in advance, don’t worry — we are focused on moving millions of customers through the line as fast as possible,” the blog said.

Even as BlackBerry institutes a phased roll out, the process of signing on still hasn’t been smooth. Some people have encountered problems setting up the service, with the problem attributed to “temporary server error.”

BBM was supposed to launch last month, but was pulled after a leaked copy was distributed and performed terribly in the wild. BlackBerry said the unintended launch caused issues that the company needed to resolve.

The fervent demand for the app is a counterpoint to the common thinking that BlackBerry isn’t long for this world. While sales of its newer BlackBerry 10 devices are in retreat and the company has whittled its focus down to the big businesses and governments, BBM persists as a popular messaging platform.

BBM continues to be a popular platform around the world, particularly in emerging markets where cheap, older BlackBerrys are still in demand.

BBM has proven popular among BlackBerry handset owners, but it has lately been eclipsed by such rivals as WhatsApp, which run on other platforms. Launching BBM on iOS and Android should make it a better competitor, but whether users from outside the traditional BlackBerry base will take to it is uncertain – particularly if they’re made to wait even longer.