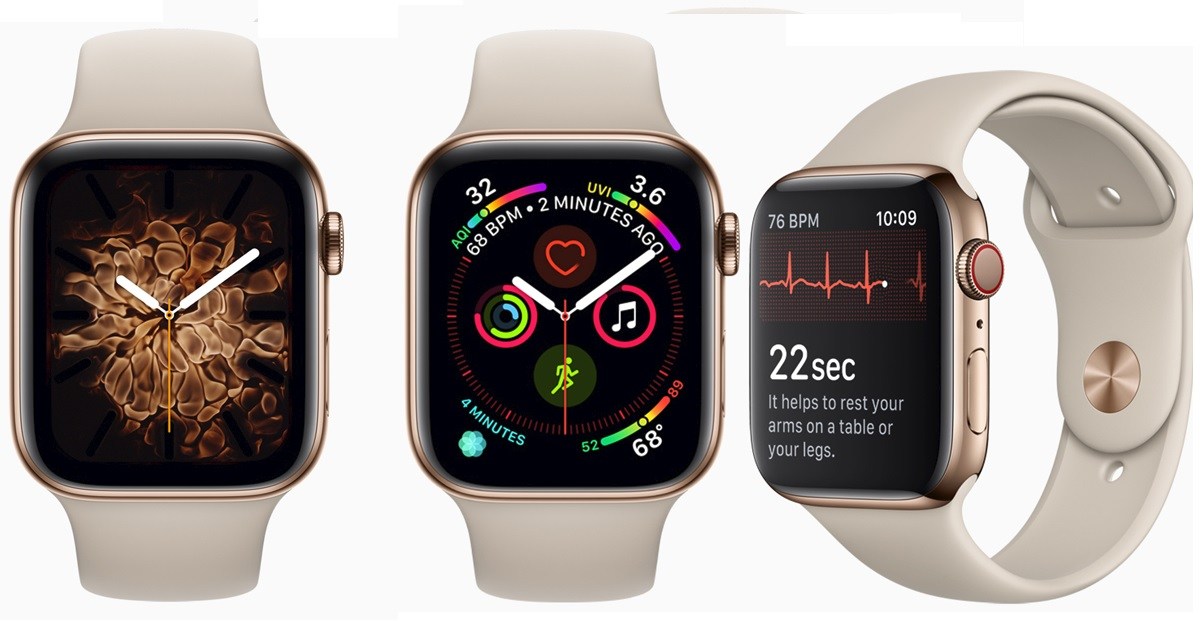 The Apple Watch was unveiled alongside the iPhone XS and iPhone XS Max in California on September 12.  It’s been substantially redesigned, upgraded internally, and equipped with a range of new health and fitness features compare to its predecessor.

Apple has enlarge the watch’s size and made some subtle but important changes to refine the design. The Apple Watch 4 is coming in four variants: 40mm and 44mm sizes, and with or without LTE. This makes the watch much wider than previous gen Apple Watches, which came in 38mm or 42mm options. The new design spots a rectangular OLED display with rounded edges that curve away and towards the wrist. The rear of the Watch is even ceramic and sapphire to add that little bit of glitz to proceedings and make sure that cellular signal can get through. 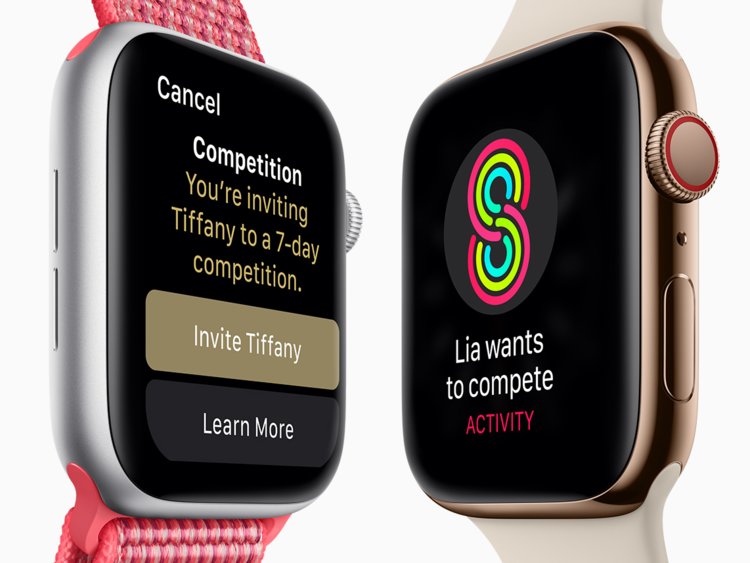 The Apple Watch 4 is said to still feature the same OLED technology as before also lacking the ‘always-on’ display feature. The Apple watch 4 screen is strong, dynamic and colorful, and the new Watch faces really add to the mix.

The fitness smarts have been augmented in a couple of ways. This watch has been know for its effectiveness as a fitness device over the years. The main one is the improved heart rate monitor. It has an improved tracker for checking how your ticker is beating, using an ECG (electrocardiogram) monitor to give better readings in a medical scenario. It’s still not certified as a medical device, of course, but it can give better notifications of things that you might want to get checked out.

Thanks to the presence of the new S4 chipset creating more efficiency, the battery life of the Apple Watch 4 is improved. According to Apple  its Watch 4 battery life is staying strong at 18 hours for ‘all-day’ use. The new S4 dual-core 64-bit CPU is claims by the company to be twice as fast as its predecessor.
A new speaker that Apple claims is 50% louder than the Apple Watch 3’s has been added to this new upgrade. The mic has also been moved to the opposite side of the watch to the speaker to reduce noise. This should be a boon for people that take calls on the watch or regularly use Siri.

Apple has also improved the accelerometer and gyroscope. The sensors now have twice the dynamic range and can detect and read motion data eight times faster. As a result, the Watch can detect when you fall over. If no motion is detected after 60 seconds, the Watch can call emergency services automatically, as well as sending a message and location to emergency contacts.

Benefits of using A CCTV System